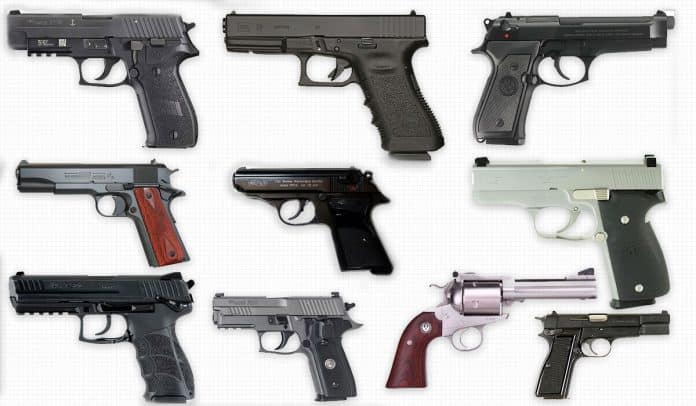 If you’ve ever stopped a movie halfway through to find out the gun used by a certain character, this is definitely for you. We give you ten fun facts about ten popular handguns.

The Tax Man cometh and the Tax Man taketh away. When we think of the tax man, rarely do we think of the Glock 22. However, the Internal Revenue Service is the fourth leading spender on guns in non-Department of Defense spending. Their preferred pistol of choice? The Glock 22 & 23. The Glock 23 is a compact version of the 22 and is chambered in .40 S&W. Magazines are interchangeable between the 22 & 23, making it an ideal choice for when the tax collectors need to toss loaded magazines across a corridor.