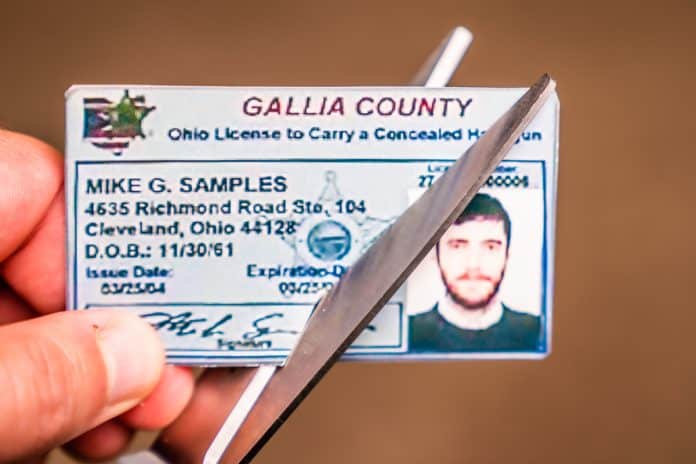 When obtaining an Ohio Concealed Handgun License, an applicant applied to their county sheriff to apply. The sheriff then runs a background check on the applicant, which includes a NICS search. It also includes checking to make sure the applicant has not been adjudicated as a mental defective, committed to any mental institution, under a current adjudication of incompetence, found by a court to be mentally ill subject to hospitalization by court order, or an involuntary patient other than one who is a patient only for purposes of observation.

This same check takes place when a concealed handgun license holder is applying for license renewal. But what if something happened while they had the license that caused them to be no longer qualified, such as being adjudicated as a mental defective? There was nothing in place to notify the sheriff that issued the license which could then suspend said license. Some states do have systems in place for such instanced. Ohio was not one of them.

But this changed Friday when the Ohio Attorney General’s Office and Ohio Department of Public Safety came into an agreement to start running these checks.

Attorney General Dave Yost has been pushing for these checks since taking office in January. The Governors Press Secretary said the holdup was due to the public safety officials doing a thorough legal review to protect the privacy of concealed-carry permit holders.

Yost was also told that over 100 people have been adjudged to be mentally incompetent and may still have valid concealed handgun licenses.

Read More: Red Flag Orders and Selling Your Gun in a Private Sale