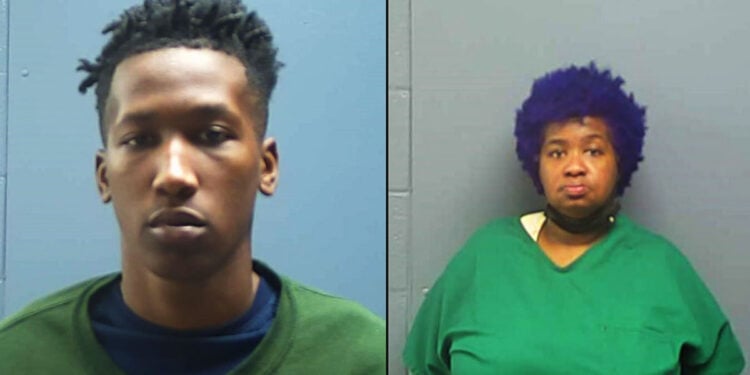 A victim turned the tables on an armed robber earlier this month, and then both the suspect and his mother were arrested.

Tangipahoa Parish Sheriff’s Office (Louisiana) reported that on May 14, 2022, a 17-year-old attempted armed robbery. A struggle ensued between the suspect and victim. During the struggle, the suspect was shot in the chest. We don’t know if the suspect was shot with his own gun or if the victim was armed as well.

The police caught up with the suspect at a local hospital. He has been charged as an adult and booked on one count of Armed Robbery, one count of Attempted First Degree Murder, and one count of Illegal Carrying of a Weapon.

The suspect’s 42-year-old mother was also charged with one count of Improper Supervision of a minor. 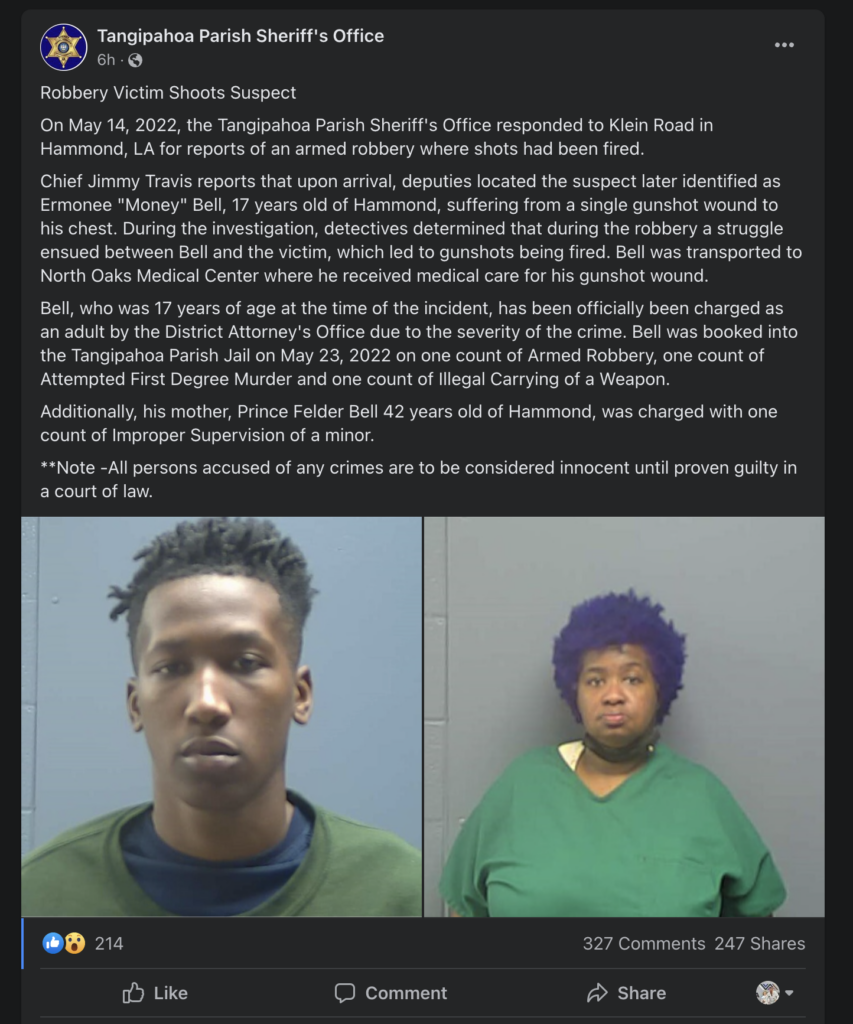 There are some interesting comments, such as a teacher stating he was a good kid who made a “bad decision.”

“I taught this kid, and he’s not a bad person, he just made a decision that was not good as well all do or have done maybe not to this magnitude, but we’re all guilty of poor decision making as well as our children.”

Sorry, but you can’t really chalk armed robbery up as a “bad decision.” Whether he was 17-years-old or 40, he knew exactly what he was doing when he walked up to someone and attempted to rob them at gunpoint. So I’ll agree with charging him as an adult.

Then there’s the debate about his mother being charged with Improper Supervision of a minor. Some wonder why she would be charged with that if he is being charged as an adult. I’m not a lawyer, so I cannot answer that. But it does bring up the debate of whether or not parents should be charged for the actions of their kids. The parents of a 15-year-old mass shooter were recently charged with involuntary manslaughter. As someone stated in the comments, parents have the option of emancipation.

What are your thoughts? Let us know in the comments.

Just my personal thoughts on the matter. I am not looking for a discussion, or a ‘like’. I am simply voicing an opinion. If you do not like my opinion pick another, but I am still able to voice my opinion in this country (USA).

Any decision, good/bad, has consequences. We have gotten use to excusing the consequences of some for reasons that are unclear. I believe that you make a decision and you take responsibility for the consequences of that decision. That is called accountability, being held accountable for your actions. As for parents being charged, I have no problem with that idea either. Until a child is of the age of majority their parents are responsible for their child’s choices. That is responsible parenting, another idea we have left go of. If we want the violence to end we need to embrace the ideas of responsibility and accountability and stop blaming identifying other reasons why the violence was justified. We do not blame the car when a drunk driver kills someone.