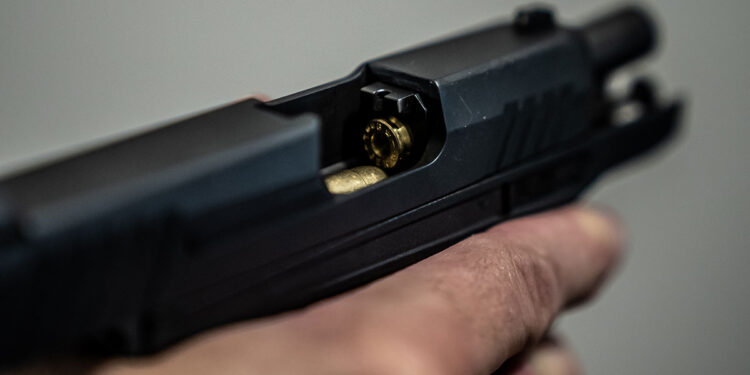 A lot of what is taught in defensive handgun training is based on a template that is now, literally, decades old. Much of it is sound, as the techniques used for teaching new shooters to be more proficient in marksmanship and gun handling are quite proven. But there are also many variations on techniques, or reasons for teaching certain techniques, that seem to hold on only out of tradition rather than as a result of learning from real-life violence.

One aspect that is quite standard, or certainly should be, in most defensive pistol curriculums is malfunction clearance. Throughout the years there have been indoctrinated changes made to the way that we teach this important aspect of gun handling. Over time, the methods used to clear feeding malfunctions in a handgun have been streamlined, as many astute minds have thought through the process and modified it to make it as fast and efficient as possible.

However, an overriding theme rises for debate when considering malfunction clearance in general: is it worth teaching? Beyond that, is it worth practicing on a regular basis?

This author asserts that, yes, you should learn and often practice handgun malfunction clearance. The reason I take this hardline position is that I simply see malfunctions happen quite often on surveillance camera footage of real gunfights. In fact, malfunctions seem to happen at a seemingly exaggerated rate in real-world violence compared to what we would expect based on handgun reliability witnessed at the range.

If you utilize a modern, quality, auto loading pistol that is well maintained, and shoot vetted, quality ammunition, you will seldom experience malfunctions on the range. However, this is a very different environment than what is experienced, and what can be expected, during real violence. Granted, most fights occur among people who are not well trained, and often among people with sub-optimal gear, so that is a valid consideration. A skilled gun handler, using a quality gun with reliable ammo, is probably less likely to experience malfunctions in the middle of a fight than others. Still, malfunction clearance proves a fundamental and essential skill.

Why Guns Malfunction in Real Fights

There are a number of reasons that guns malfunction in real fights and poor quality weaponry, along with poorly trained operators, is often a factor. However, not always. Another reason that malfunctions manifest in real violence is due to the dynamic circumstances that the pistol operator finds oneself in. Even among trained people, a poor grip is often obtained, or obstructed grasps occur due to concealment garments or other environmental elements fouling the draw. A poor grip alone can cause limp wresting, which will induce a malfunction in an auto loading pistol.

Beyond just poor grips or limp wristing, however, are the environmental obstructions of the slide cycle that can happen in a chaotic event. Often, guns are pressed against, or hit against, objects such as shelves, car doors, furniture, the ground, etc…, and such interference can cause a malfunction during the firing cycle. Obviously, at contact distance, slides can be obstructed by the assailant intentionally or unintentionally. There are simply too many possible failure points that can emerge during real violence to presume that a reliable gun will be immune to malfunctions.

The first three malfunction types are most often cleared with a “tap-rack” remedy that involved slapping the base of the magazine to ensure that it is seated, then racking the slide to ensure that any malfunction present is clear. This can be done quickly with some practice. You can practice such malfunction clearance by using dummy rounds mixed in with live round in a magazine during live fire. When hitting a dummy round and getting a click instead of a bang, do the tap-rack remedy to fix it.

The failure to extract (double-feed) requires removing the magazine from the gun, racking the slide several times to clear the stuck case, re-inserting a magazine, then racking the slide to chamber a new round. Thus, this remedial malfunction clearance takes significantly more time. While a basic tap-rack clearance can be done in a second, clearing a failure to extract takes long enough that, realistically, you should plan to be beating feet and fleeing the situation if you experience such an issue in a fight. The good news, again, is that the first three malfunction types are quick to clear, and they are far more common in occurrence than is the dreaded failure to extract.

Since it is an issue that rears its ugly head in real fights, rather commonly, I suggest that you learn and routinely practice pistol malfunction clearance.