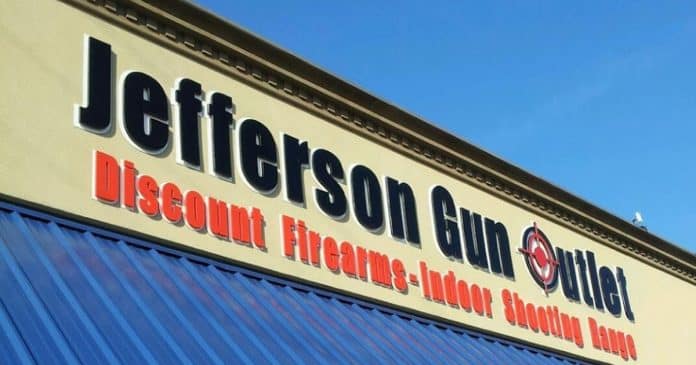 Possibly one of the last places you would expect a gunfight to break out is at a gun store, but we all know that bad things can happen anywhere at any time. And that’s exactly what happened at a gun store and range in Metairie, LA, Jefferson Gun Outlet, which is right outside of New Orleans. This also happens to be my old FFL when I was living in New Orleans.

The Independent reports that a man got into an argument with a store clerk when he was told he shouldn’t have an unholstered, loaded gun until he was in the range area. The details are still somewhat vague at the moment, but it seems that the suspect shot two people in the store and then was engaged by two people from the range area and outside. He was pronounced dead on the scene but not after killing two others and injuring two more.

How this went from being told to handle a firearm properly to a gunfight is beyond me. But this also goes to show that you never know where bad actors are going to turn up.

Don’t let your guard down because you are at your local gun store, shooting s#%t with the counter clerk you’ve known for years. And always carry. Speaking of, I’ve got a video for that too.

Luke, for gym carry, consider wearing street shorts (no one needs to wear gym shorts anymore) with a fairly deep pocket holding a Sig 365 in a neoprene pocket holster. Very little printing issue; none if wearing a sleeveless vest. Spare mag can go in the other pocket. Viola!

I live in Mississippi too, and I always carry. No excuses for not carrying. These days you have to be armed. And in answer to the question about your Glock barrel. You can’t shoot lead bullets in a Glock barrel. Glock barrels are designed for copper jacketed bullet. You have in my opinion, the right barrel for those cast lead bullets. That’s exactly what I use. Lone Wolf makes a fine barrel. I load my own, and I load those bad dude loads myself. I also carry my name sack, .460 Rowland in a full size 1911. Now that’s a bad dude round.

I live here on the surface of the Sun, Tempe AZ and wear t top and shorts 365 days a year and conceal carry. I ride bike everywhere and go to gym but found I could not conceal carry my G19 because of size so now carry Shield subcompact M9 2.0 and the size is great even when biking in 115° ….it goes EVERYWHERE with me except the VA hosp and the casinos….both would get you time in the big house, I was refused entry to casino just having my IWB holster with no gun…..no EDC items at either place….at the gym it stays in my bag (big sign on door saying ” No Guns ” hehehehe right