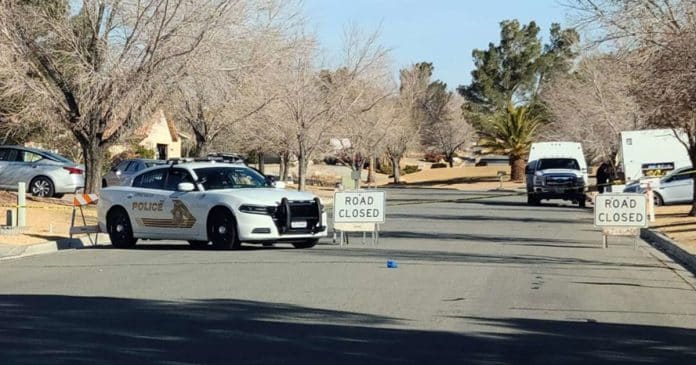 A California man was at the home of his father and step-mother when for reasons still unknown to police, he attacked them both with a knife. The parents ran from the home seeking help and the son initially left the scene.

After neighbors come to the couple’s aid the son returned and began stabbing his step-mother again. This is when an 84-year-old neighbor returned to his home, grabbed a gun, and confronted the son yelling at him to stop. When he didn’t, the neighbor shot the son ending the attack.

The son and the step-mother died at the scene but the father was airlifted to a hospital in critical condition.

During any deadly force attack, every second the attack continues can bring the victim that much closer to death or a life-altering injury. It must have seemed like one of those slow-motion dreams to that elderly neighbor as he’s going for his gun and trying to hurry back to help the victims but he probably covered the distance much faster than he thought.

What he didn’t need to do was waste time verbally confronting the son before he fired. Someone who has just stabbed someone left and then returned to stab them again is likely not someone that is going to be reasoned with. Stopping an attack like this as quickly as possible is critical to the survival of the victim.

Perhaps it’s too much conditioning from TV shows and movies where we see the hero confronting the bad guy or perhaps it’s just that all of us have such a natural resistance to using deadly force against anyone that will cause many to threaten the use of the gun first but that’s not legally necessary.

Someone actively stabbing someone is about as imminent as it can get. Each single knife thrust is a deadly attack all by itself. Under the conditions as we understand them here no warning is necessary. Stop the attack as soon as you can.

Please know that I’m not coming down on the neighbor. It may have been too late to save the step-mother no matter what he did and maybe he did save the father. Besides, no one else had or made the effort to get a gun and intervene to stop the attack. I’d say that makes him a hero any day.