80-Year-Old Tenn. Man Survives Shootout Against 3 Car Burglars at 3 AM 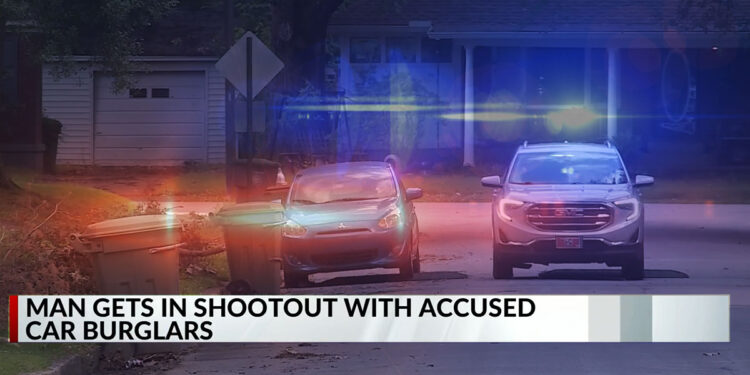 An 80-year-old Tennesse man was walking his dog around 3 AM. He saw a car stop, and three men jumped out and ran toward his neighbor’s house. He asked them what they were doing, and that’s when the suspect started shooting at the man.

But the man was also armed and returned fire, hitting one of the suspects. When the police arrived on the scene, they found two of the three suspects. One of them had a gunshot wound in the lower back. He was transported to the hospital and was last reported to be in critical condition. The suspects admitted that they were breaking into vehicles and stealing what was inside. The uninjured suspect was charged with aggravated assault and theft of property. The injured suspect will be charged as well if he survives.

The man who shot at the suspect was not injured and is not currently facing any charges. He also didn’t want to talk to the media when asked. Good for him.

A neighbor who heard the shots was interviewed by the media and said:

“He’s a tough old man. He’s always been around there. So, he’s kinda like the guy that watches the whole neighborhood. You get what you put in, and people get what they deserve. People run around with guns and stuff like that, so that’s why we carry guns too.”

“ People run around with guns and stuff like that, so that’s why we carry guns too”

And if the three thieves had attacked the 80 year-old man with crowbars because they didn’t have guns, wouldn’t the old man have still needed his gun?

Don’t give the enemy the chance to say, “If you let us eliminate guns then you won’t need one.”