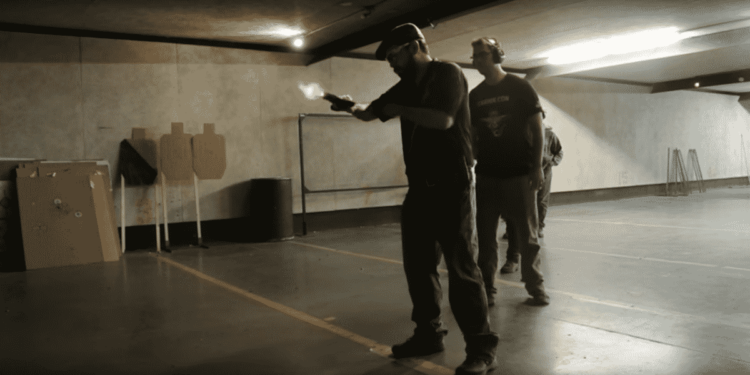 Let’s take a look at the definitions of both:

I’ll agree that most of the time I see or hear someone talking about an accidental discharge, they should be calling it a negligent discharge. Whatever the case is, usually there is something that the operator has done or not done that caused the firearm to discharge. Most of the time it is caused by them not following the fundamental rules of gun safety be it the NRA’s Three Safety Rules or the 4 Rules of Firearm Safety.

I ran across this video the other day which got me thinking about writing this article. In the video below, the shooter loads a magazine racks the slide and when the slide drops forward the firearm discharges. I would have to categorize this as an accidental discharge. Although, you can argue that it is still a negligent discharge because he made some modifications to his pistol before the incident.

But there were some things he actually did correctly such as keeping the gun pointed downrange in a safe direction. He also froze after the firearm went off, didn’t panic and waiting for the range officer before doing anything.

I also want to add an example of an incident that is clearly a negligent discharge. I’m sure by now you’ve seen and heard of the dancing FBI agent that does a backflip which caused his firearm to drop out of his holster. He scrambles to pick it up, pulls the trigger and shoots a man in the leg.

This is a clear example of a negligent discharge, but if you do a quick Google or Youtube search, you will find nearly all of the reporting on it calling it an accidental discharge or that he accidentally shot someone. This was not an accident. This was negligence. Obviously, the holster did not have enough retention to hold the pistol in place which is one mistake. I would also have to say that if you are carrying a firearm, you should probably not be doing backflips in a nightclub but to each his own. And if a gun falls out of your holster or you drop a weapon, never try to catch it while it is falling and when you pick it up KEEP YOUR FINGER OFF THE TRIGGER!

Dispel These 7 Myths About Fighting With Weapons

Dispel These 7 Myths About Fighting With Weapons