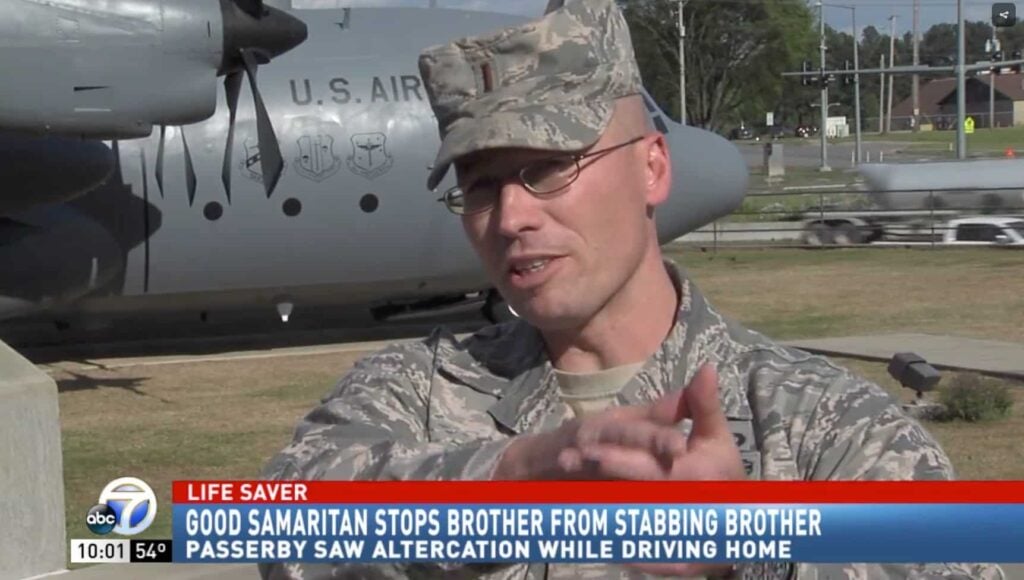 Lt. Brandon Teel, who has an Arkansas Concealed Carry Permit was heading home to get his W-2’s that he forgot when he passed what he thought was two children playing. When he got out of his car he realized the man on the ground, 47-year-old Farren Terry, had been stabbed by his brother, 30-year-old Chris Terry.

Once Teel realized Chris Terry had no intentions of stopping, he pulled his concealed carry gun, pointed it at Chris Terry and said:

Stop what you’re doing. Get down on the ground or I’ll shoot you.

He then called 911 with the other hand and held Chris Terry at gunpoint until the police arrived.

Mr. Teel, he saved a life. There’s no doubt about that. He has within him something that just beats in the chest of every American, take care of your fellow man, said Chief Bill Duerson.

But while holding him at gunpoint, not one other car stopped. He doesn’t urge anyone to be a vigilante but at least stopping and calling the police is the least you can do.