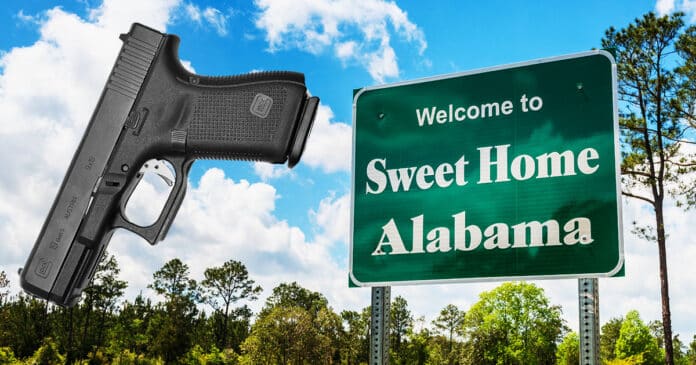 SB 308 (see full bill below) was passed by the Alabama Senate to allow people to purchase lifetime concealed carry permits for handguns. It is called the Alabama Uniform Concealed Carry Act. The bill also establishes a prohibited persons database for law enforcement agencies as well as the sheriffs.

As for the lifetime concealed carry permit, it would cost $300 upon issuance and $150 for those 60 and older. The state’s one-year and five-year permits are still going to be issued along with the bill. Otherwise, those who would obtain the new lifetime permit would only be subject to background checks every five years to maintain whether or not an individual is still legally able to possess a firearm.

With the new database, the senate says it would require the Alabama Law Enforcement Agency to develop the new system. It is not easy as one might think for police to determine right away if someone’s full background prohibits them from carrying a firearm, as Alabama Senator Randy Price says. Therefore, the database will create a more uniform method for officers to determine if someone is prohibited from possessing a firearm.

The bill speaks volumes about the 2nd Amendment. It also seems it will save money for law-abiding citizens in the long run. There are some things to be considered, though. How does it influence someone’s weapons training? Does it overstate someone’s liability to carry? It would be great for individuals to be set for life to carry concealed, so long as they are properly trained. Having a firearm only means so much if you are not staying on top of your skills. Another knit pick regarding the creation of the database is whether or not those five-year background checks are of cost to any of the lifetime concealers. Overall it creates an improved checks and balances system for both sides of the law.