Should You Announce Your Presence? Home Defense Considerations

by Salvatore
in Articles, Home Defense
2 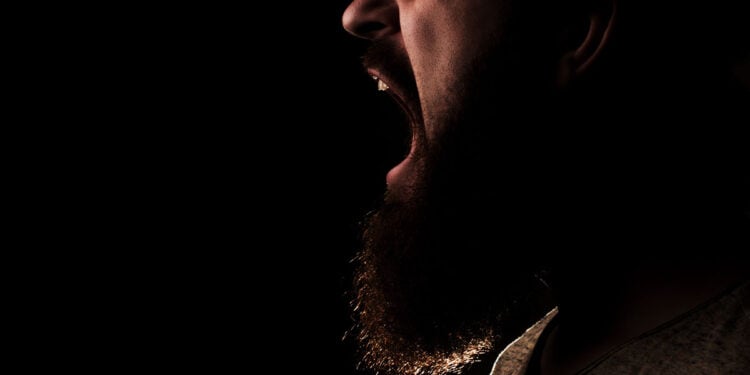 One of the debatable tactics of home defense strategy relates to announcing one’s presence as the home defender in order to give the home invader warning that you are indeed home. For example, if you wake up to the sound of your alarm going off, or to the sound of breaking glass, and you hear someone moving through your home on the main level while you and your loved ones are all on the upper level, should you call out to announce that you are present and issue a warning not to come up the stairs? Many leading thinkers in the field of self-defense lean one way or another on this argument.

First, let’s define what we are speaking about regarding announcing our presence: if in a tactically sound location that is defensible, such as at the top of the stairs and behind cover, when all household members are safely behind you in the designated safe room, then you have the option to loudly declare, “get out now, don’t come up the stairs, I am armed and will defend myself!” Or some such variation. This warning would ideally be issued with 911 dialed so it can be recorded for future reference. Should such a warning be issued to the home invader? Like most debates, there seems to be persuasive arguments on both sides. Therefore, I wish to analyze this theme so you can better determine your own preferred strategy:

The Argument for Issuing a Warning

There are several argued reasons for announcing your presence. To begin, the single most compelling reason is that, statistically, most home invaders are simply burglars who think the home is empty at the time of their entry. This announcement of your presence would encourage them to flee. Such a strategy may be all the more useful if you are home during the daytime when a burglar likely thinks you are at work. Even if dealing with a home invasion at night, the argument for announcing presence suggests that the issued warning will cause most home invaders to flee when they realize the homeowner knows they are there and is ready and willing to use force in self-defense.

The second argument in favor of issuing a warning is a legal one; although defense in the home is usually straightforward compared to things that transpire in public, in this day and age of politically motivated prosecutors, the warning may serve as that much more legal protection and justification. If on the phone with 911, which then records the voice command, it clearly demonstrates after the fact that the home defender did everything possible to avoid the conflict. If a warning is issued, and the intruder still approaches the safe room where the family is bunkered, it is quite obvious that the home invader left the home defender with no choice but to act with a lethal response.

The Argument Against Issuing a Warning

The primary argument against issuing any sort of verbal warning is likely self-evident; if you issue a verbal warning, you announce your approximate location to the bad guys and give up the element of surprise. This is a significant consideration. Also, the key to the argument against issuing a warning is this: if you are unable to muster an intimidating command voice, and you sound weak and afraid when issuing the warning, you may actually encourage a violent criminal actor to seek you out.

There is no denying the potential downsides to announcing your presence; essentially, the benefit of issuing a warning or not doing so is entirely based on the nature of the criminal actor. A common thief, who only wants to grab a few valuables and flee, will likely be run off by the warning. A violent process predator, who wishes to victimize the household, may well be encouraged to close on the home defender after hearing the verbal warning.

Therefore, what is the right strategy?

Consider Your Own Command Presence

Do not underestimate the power of a command voice or the lack thereof. Be honest with yourself. Are you a big dude with a voice like Darth Vader? Can you summon your authority into an intimidating command voice on demand? Well, if so, your verbal warning is likely to be taken quite seriously by even the most hardened of criminals. However, suppose you issue a verbal warning in a frail, shaking voice, as is very likely due to the frightening circumstances. In that case, you very well may be better served by maintaining your element of surprise. A verbal warning that is issued in a terrified voice may insight a predator rather than deter him. This is no small consideration.

This matters. If the circumstances lead me to believe that a single burglar was sneaking around in an attempt to steal things, or an intoxicated person was simply in the wrong house, I would be much more likely to issue a warning from my ensconced position at the top of the stairs to “get out, the police are on their way, do not come up here or I will defend myself!” However, if the sound, or security camera footage, or any other indicator, shows a crew of violent home invaders, I would not issue a warning as the element of surprise will be important when facing the superior numbers.

Like all else, there may not be a wrong answer here. With the dangers of wrongful litigation ever-present in our contemporary world, issuing a warning to bolster your self-defense further may make good sense, but doing so in the face of a truly violent criminal invasion can decrease your safety. Take these considerations seriously and determine your course of action.