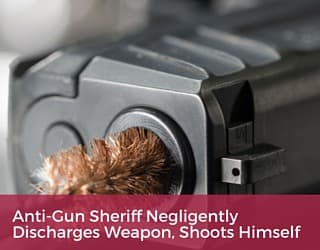 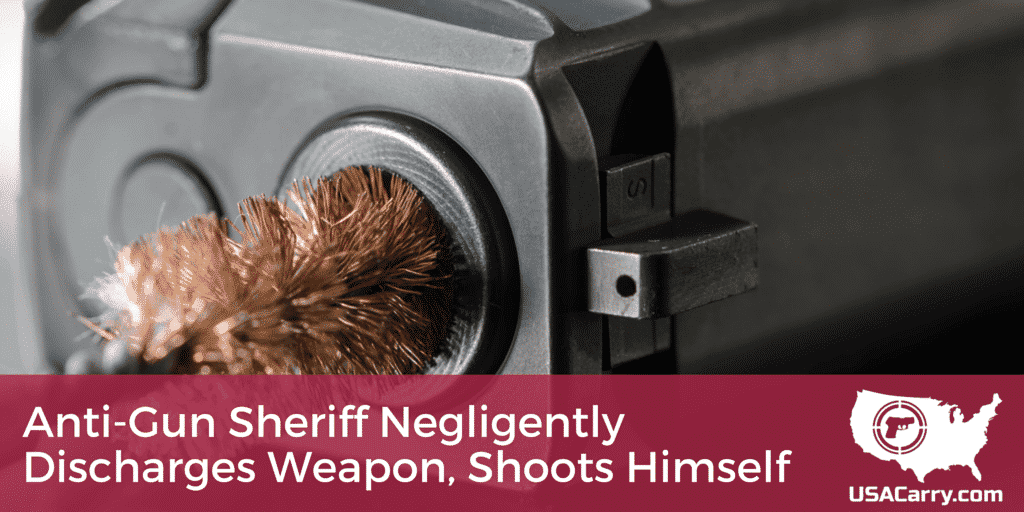 On December 16th at roughly 11:30 in the evening, Sheriff Mike Johnstone of Des Moines County, Iowa, injured himself while attempting to clean a loaded handgun. Sheriff Johnstone was taken to a local emergency room initially, and later transferred to another facility for treatment by a surgeon specializing in hand injuries.  Johnstone’s injuries were not life-threatening, according to a press statement released by the Sheriff’s office. At the time of this writing, no further information on his progress or recovery is available.

Sheriff Johnstone made news in Second Amendment circles in November 2010, due to his remarks about Iowa’s evolving gun laws. Legislative changes in Iowa at the time expanded the right to concealed carry, allowing permit holders to take their CCWs into local government buildings while creating gun free zones in state-owned facilities and school grounds.  In a statement to the press at the time, Sheriff Johnstone claimed of the new law that “It’s a recipe for disaster” and further suggested that he would be required to issue permits for those that he knew “in my heart should not be carrying.” Sheriff Johnstone joined other critics of the new law, who publicly predicted a rise in crime and Wild West style shootouts on street corners.

A little over five years later, that rampant violence has not come to pass.  According to the FBI, there have been no appreciable increases in Iowa’s violent crime rate, and the state remains among the safest in the nation.

It just demonstrates anti gunners should never touch firearms – ours or their own.

anti gunners have no business in law enforcement either.

Democrats should NOT their hummingbird sized brain cannot cope with the responsibilities of own handle clean or shoot guns. Fire arms do belong in the hand of socialistic idiotic zombies

Maybe be should try the Barney Fife safety practice.

Karma’s a b!†¢# – Hypocrites get what they deserve

It would of been better if he was looking down the barrel when he squeezed the trigger.
He should of been arrested for negligent discharge within a municipality.

Liberals should be banned from owning and or possessing firearms.
They are delusional and can not tell the difference between right and wrong.
Anything that they propose is contrary to common sense.
They should lose their ability to vote, as their intent is to defraud the law abiding citizens.