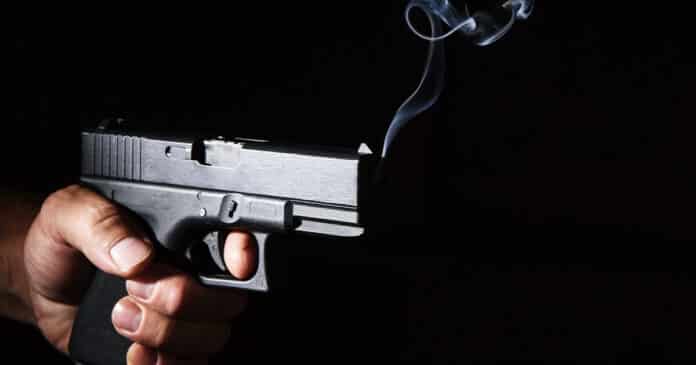 At around 11:00 PM on a Tuesday night, three armed intruders entered an apartment home, apparently through an open door, to “commit a burglary or home invasion robbery,” according to Puyallup Police. They were met by an armed 19-year-old resident who fired multiple rounds at them. Two males in their early 20’s were shot and all three fled the scene.

The two that were shot were located by police and take to a hospital in serious condition. The third was still being sought. Police said they don’t believe the incident was random. The 19-year-old is cooperating with investigators while his self-defense claim is being evaluated.

“Don’t believe the incident was random” is perhaps just another way of saying that this was a targeted attack meaning those involved may have known each other?

Whatever the reason for the attack, the 19-year-old did good in that he survived a three-on-one attack without being injured. Could he have saved himself from the whole thing by having locked his door? A locked door will likely slow down any home invasion attempt at least a little and even just a few extra seconds to prepare to respond can make a big difference.

Chose who you associate with carefully and keep your doors locked when you are home whenever possible.