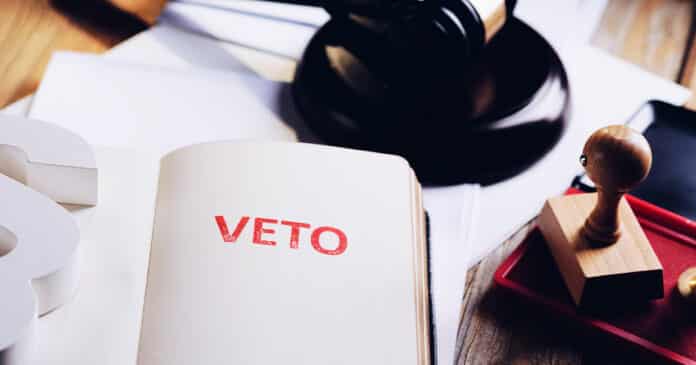 On Thursday, April 8, 2021, the Kansas Senate voted overwhelmingly to pass a law that would allow 18-year-olds to possess a concealed carry firearm legally.  According to legislators supporting the bill, HB 2058 does not change where weapons may be carried, and it provides reciprocity to out-of-state licenses to carry a concealed handgun.

Kansas Senator Richard Hilderbrand, R-Galena, was quoted as saying, “I think it’s a good bill. Reciprocity is something that’s important for Kansas.”

Another bi-product of the legislation is that it will bring Kansas into compliance with other parts of the country concerning concealed carry licenses.  The bill’s supplementary note states the new law would provide valid licenses or permits issued by another jurisdiction which would entitle the lawful holder only to carry concealed handguns as defined in Kansas law and would require such persons to act in accordance with Kansas laws while carrying a concealed handgun in that state.

But on Friday, April 23rd, Kansas Gov. Laura Kelly vetoed the legislation, which will now direct it back to the Kansas Lawmakers. Governor Kelly claims to be a supporter of gun rights. Still, her primary concern seems to be that lowering the legal age to 18 would accommodate more guns to be carried on higher education campuses. Governor Kelly states this bill will drastically increase the number of guns on college campuses. She does not consider this to be safe or effective.

One aspect of the debate is that 18-year-olds can open carry firearms in Kansas, yet if they put on a coat, it’s now considered concealed, and they are no longer in compliance with the state law. Therefore it was only logical to allow concealed carry for 18-year-olds. Concealed carry applicants 18-20 years of age will be required to pass in-person gun safety training before being eligible to have a concealed carry permit and be documented as such. The training requirements of the applicants in this age range will provide a more secure setting for the participants.

According to current Kansas guidelines, for those that are 21 and older, Kansas is a “permitless carry” state as long as an applicant is not prohibited from possessing a firearm through some other form of unlawfulness. You no longer need a Concealed Carry License to carry concealed in the state of Kansas if you are over 21. To take advantage of reciprocity Kansas has in effect with other states you would need to possess a Kansas Concealed Carry License.

The State Senate previously approved the measure by a veto-proof majority. For the proposed bill to become law, the legislative body of the Kansas House will require 4 additional votes.

If the dissension is primarily due to the effect of college campus environments when it is all said and done, is it not better to have gone through gun safety classes and permit processes for personal protection than to have a cross-section of the student body carrying a firearm illegally?