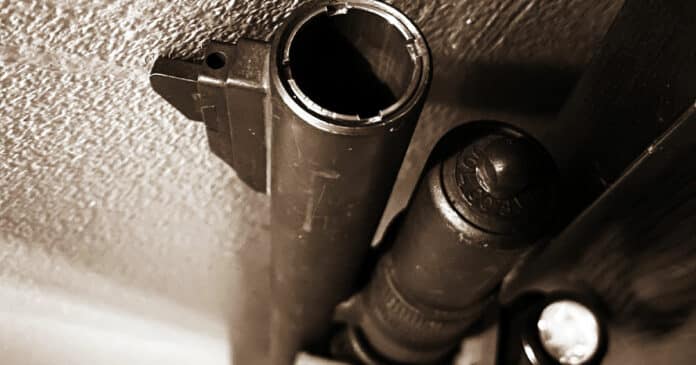 If you have been around the shotgun for very long, you have probably realized that most shotguns intended for defense/duty use come with pretty standard fixed choke, cylinder bore barrels of 18.5” or 20”. As an example, if you look at Mossberg’s 590 and 590A1 model lineup, only 2 out of 26 models are available with screw-in chokes. Everything else has a fixed cylinder bore barrel. We don’t really see interchangeable chokes as a standard option until we get into the higher-end “tactical” shotguns. Guns like the Benellis, or the latest generation of Beretta 1301.

So, the question has to be asked, are chokes a worthwhile feature to seek out on a home defense shotgun? Do they bring anything of value to the table for a defensive use shotgun? I would contend that they do, and here is why.

The most significant advantage in having a gun capable of accepting chokes in my opinion has less to do with what chokes allow us to do with buckshot and more about what they allow us to do with birdshot. Birdshot should not be used for personal defense unless there is no other option. Birdshot is for birds after all. Usually, though, people using shotguns for personal defense do use birdshot for is practice and training. It is kind of like the difference between practicing with FMJ ammunition in our handguns, but keeping our carry magazines loaded whatever flavor of JHP we prefer. It is the same concept.

So why again are chokes handy for practice and training? Buckshot at 10-ish yards will give us a pattern about 6 inches or so assuming a cylinder bore. However, birdshot will give us a much larger pattern at that same distance out of a cylinder bore guns. The birdshot pattern will be so large and evenly dispersed that it becomes difficult to tell where the gun was actually pointed on the target when it was fired. However, if I put a modified or full choke in the gun and shoot birdshot, I can maintain a pattern with the bulk of the shot landing in a pattern similar in size to a buckshot pattern. This means my practice will better translate to when I am using buckshot. All for the cost of birdshot though, which is about 1/3 or even 1/4 of the price of buckshot.

The last year has been a rollercoaster of ammunition availability and price. While it seems to be improving, at least for shotguns, I imagine it will still be a while before the premium defense loads are readily available again. Used to be Federal’s Flite Control (FFC) loads, the gold standard for defensive buckshot, were easy to find, and compared to now, cheap. The Federal loads deliver a useable pattern out to about 25 yards, even out of the most basic cylinder bore guns. Then 2020 happened, and the best shotgun loads got really hard to find. What was left were basic 00 buckshot loads without any fancy wad technology to help them out. 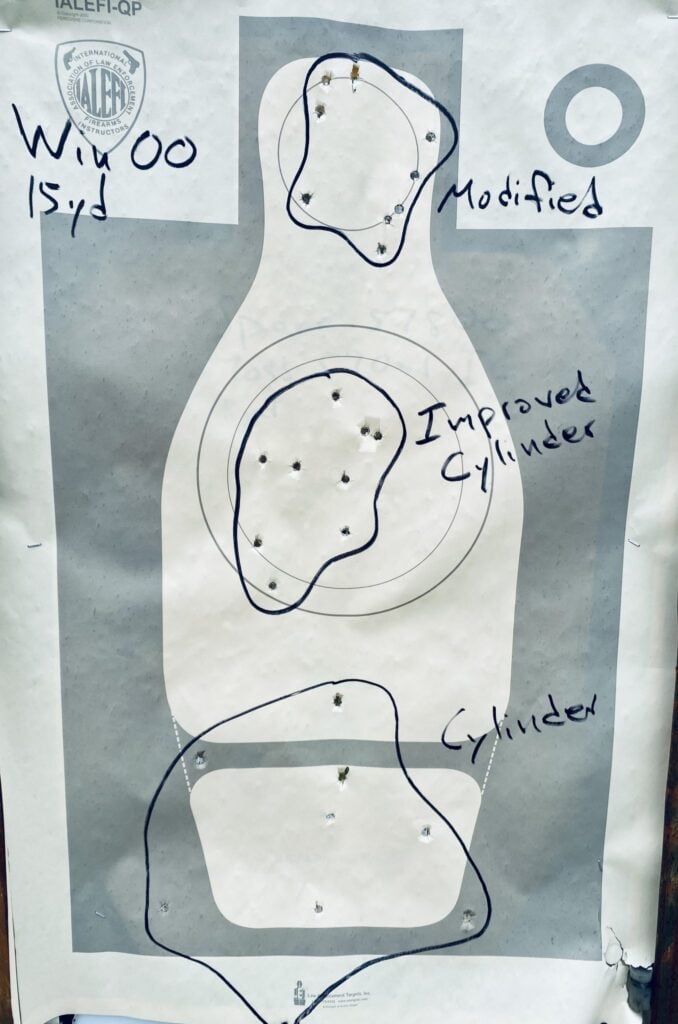 This is where having the ability to change chokes can come in handy. A good shotgun/load/choke combination can get us to an acceptable level of pattern performance. Being able to make those bottom-of-the-barrel buckshot loads serviceable has been handy, and saved me a bunch of money.

Given the choice between buying a gun without interchangeable chokes, and one with, assuming they both fit my budget, I will take the one with chokes. The value that it will add value to my practice is worth it, even if I don’t need the flexibility with my chosen buckshot loads. What about you guys? Would you roll interchangeable chokes in your defensive shotguns? If you would, what is your go-to?

If someone is looking for a defensive shotgun with chokes and don’t want to drop the coin on Beretta or Benelli, you can watch out for the two Mossberg’s, or certain versions of the Winchester SXP that come with chokes. Outside of those options, there are not many choices.