Are Firearms A Sound Financial Investment? 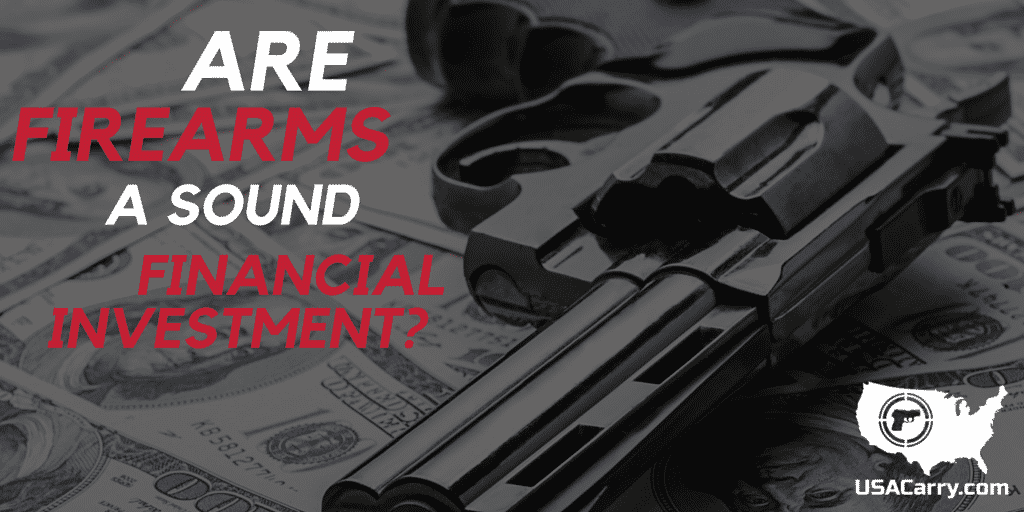 Outside of a fictional zombie apocalypse or a very real self-defense use, what financial value do firearms have?  Certainly there are collectors who specialize in specific commemorative editions or highly customized match pistols – but as a layman in either the concealed carry market or otherwise, pistols can still be a decent financial choice.

Often times when you buy a pistol from a gun shop, they charge some amount over the manufacturer’s recommended sale price (MSRP).  Yet, when you go to trade in a used firearm, they’re likely to give you a little less than half of the estimated value.  And if you try to pawn or sell your pistol, that percentage is likely to go down by as much as 25-33% of their expected sale value.

So how could pistols ever be a sound financial decision?

For the occasional pistol purchaser, they aren’t.  Even if you manage to purchase a used or new firearm at a fantastic price, you’re likely to not get your money’s worth on the flip side.  Why is that?  Because the gun shop owner has distributors and purchases his firearms direct from the manufacturer with an FFL – Federal Firearms License.

You, too, can obtain your own FFL and buy, sell, ship and receive pistols.  It also brings the margins closer to profitable if you DO decide to place some amount of financial currency into firearms.

Placing your money into firearms is slightly less concrete than putting it into gold or silver.  Gold and silver are based upon market prices that fluctuate.  Gun prices vary depending on market base.  For instance, if you bought a new Glock 19 for around $650, by the time you bring it back onto market, you’ll be lucky to get $550.  And if a new generation has come out with some new feature, expect that resale price to drop considerably from there.  And if you sell it through a gun store – either as trade, consignment, or sale – expect that number to drop by half.

So here’s how pistols make sense as financial chips:

There are a few other metrics that go into it but basically, if you’re going to put your money in your gun safe – so to speak – it’s best to do your research in advance to see what makes and models of firearms retain or improve on their original value.

Should You Carry with a Round in the Chamber?