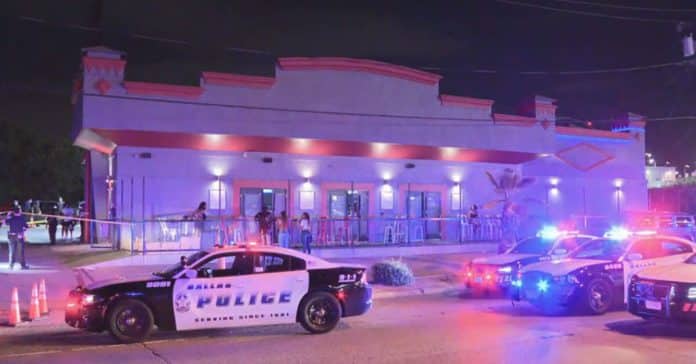 Four people were injured during a shooting at a Dallas Sports Bar on July 25, 2020. And what was this shooting over? Not being allowed in the bar due to them reaching their capacity set by COVID-19 restrictions.

Witnesses state that security was counting every person entering and taking their temperature. Once they reached capacity, three men were not allowed to enter the club, which is when a fight broke out. The men were thrown out, and the doors were locked. That’s when one of the men when to his vehicle, obtained a rifle and started shooting at the bar.

“One of the victims was reportedly shot in the arm, another suffered non-life-threatening injuries, while the other victim who was shot was taken to a local hospital in critical condition.” via FOX 4.

The suspect then went around to the back of the bar, which is where he encountered “armed patrons,” which he exchanged gunfire with before running off. The suspect remains at-large.

It is unclear as to how many “armed patrons” he encountered. It also doesn’t seem that either of them were hit during the exchange. All we know is that having armed citizens there at the scene potentially stopped what could have been a lot worse. Was the suspect going around to the back of the bar to start spraying rounds as he did in the front? And if he was, how many more casualties could there have been?