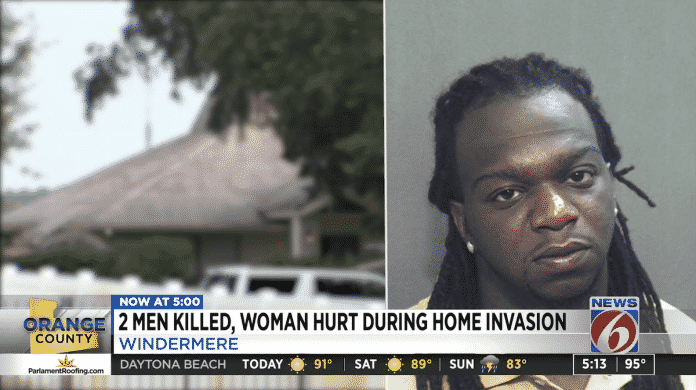 Do you think you are safe because you live in a “nice” neighborhood? Nothing ever happens there? How about if you live in one of those private gated communities?

Well, a Windermere, FL family faced the unthinkable recently when a man used his car to push open the entrance gate to their private community. He then attempted to steal their pickup truck. When he was confronted by the homeowner and his son, he beat both of them to death with a baseball bat. The wife of the homeowner was also beaten but is expected to survive.

A 10-year-old grandson in the home called 911 while hiding in a bathroom.

Police found the attacker inside another bathroom where they say he drank bleach as officers were arriving on the scene. He has a violent arrest record going back to 2009. When released from the hospital he will face two charges for murder and one for aggravated battery.

Police do not have a motive for the attack but don’t believe that the family was targeted.

This is a terribly tragic story and one that’s difficult to comment on without sounding insensitive to the family, but if we can check our natural emotional response to this for a moment, let’s see if we can learn something that might save someone in the future.

It isn’t hard to imagine that this homeowner and his son must have thought that the two of them confronting what they saw as a man attempting to steal a truck would result in the thief being run off the property. There likely wasn’t any way for either of them to have known how violent the thief could become.

I’ve said this before but as hard as it is to watch someone violate your personal property, the safest approach is to call 911 and stay in a place of safety. True, some thieves will run off, but, as we’ve just seen, some can become deadly violent. If possible, a verbal confrontation from a place and/or distance that allows for the retreat to a place of safety or that is at least defensible minimizes the risk should the thief decide to escalate the encounter.

Some will undoubtedly say that the outcome would have been much different had one of the victims been armed. While it’s likely that they would have both stood a better chance of winning the physical fight, would they have been safe from a legal one? What’s to stop a prosecutor from arguing that yes a baseball bat is certainly a deadly force threat, but there wouldn’t have been a confrontation in the first place, and the thief wouldn’t have been shot if you would have just called 911 and allowed the police to do their job?

So are we just supposed to allow people to take our stuff? Any time you enter into a physical confrontation, there is always a chance you could lose the fight. And there is always a chance that you could end up in a legal fight as well – especially if firearms are involved. Think about it before you act. Is this thing I want to save worth the risk?

One of the things about most American men that can get us into more trouble than most anything else is our pride and our egos. While I am not for one second intending to suggest that’s what happened with this family, how many of you would rush out to confront someone attempting to break into your car before you took even a few seconds to consider other options first?