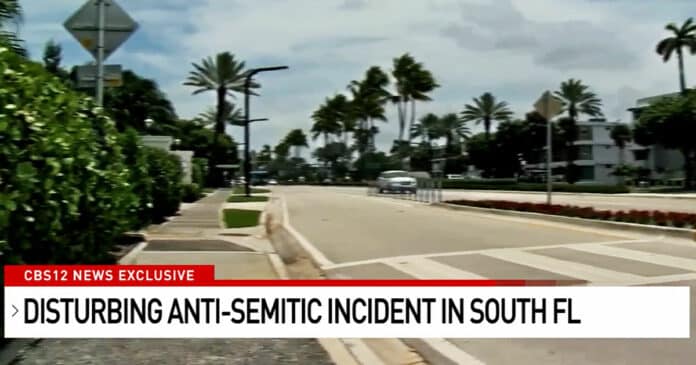 Eric Orgen was leaving a synagogue in Bal Harbour with his wife and daughter when they encountered a group of men driving by them shouting and throwing garbage at them.

The men were screaming derogatory things about Jewish people towards them, such as “Free Palestine, Die Jew, F– you Jew, I’m gonna rape your wife!” as exclaimed by Orgen. He wanted to make sure he stood in front of his family while they were walking just in case things took a turn for the worst.

A driver behind the group of men witnessed what was going on and decided to pull his gun to defend the family, chasing them away.

“The guy in the car behind them saw everything go on,” Orgen told WPEC-TV. “I saw him pull a gun and get in between – I mean, he was almost there as our guardian angel, just protecting us. I think once they saw him, they just took off.”

It is typically dangerous to intervene in someone else’s situation, but that is what comes with carrying a gun if you decide the situation finds itself morally correct. This group of men could have been armed as well, but thankfully they were cowards and fled once their own lives were at stake.

The Orgen family found themselves a “guardian angel” or rather a brave defender who put his life on the line for those rendered helpless. Again, carrying a gun comes with the possibility of not just defending your own life but others when they are not able to should you decide to do so. It would have been easy for the armed driver or any other person to leave the scene, but is that the moral thing to do? This is the thing to consider when intervening in someone else’s situation, especially when carrying.

As for the group of men, Bal Harbour Mayor Gabriel Grossman is confident local police will track down the perpetrators.