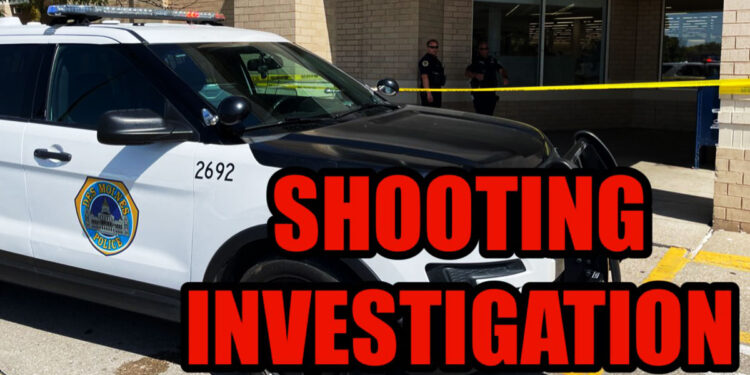 Two people were shot in an Iowa grocery store this past Sunday. One of them was the person attacking the shooter, and the other was an innocent bystander who was hit by a ricochet.

This past Sunday, a woman was shopping in a grocery store in Des Moines, Iowa, at around 10 AM. Another female customer spontaneously started attacking the woman. Local media reported that the two were acquainted with a history of conflict between the two.

The Des Moines Police Department stated that the victim was violently attacked when she drew her legally-possessed handgun and fired one shot at the suspect. We don’t know if the victim had an Iowa concealed carry permit or if she was carrying under Iowa’s Constitutional Carry law. The suspect was hit in the leg, and the bullet ricocheted and hit a male customer in the foot. The suspect and man who was shot were transported to the hospital and treated for non-life-threatening injuries. After being released from the hospital, the suspect was charged with Assault Causing Injury.

If you’ve sat in any basic firearm course or a concealed carry class, which I assume most of you who are reading this have, you’ve most likely heard the questions come up such as “Can you shoot _____ if they do _____?” Most of the time, these can’t be answered with a definitive yes or no because a lot of it can depend on the circumstance of that specific situation. The question that comes up often is if you can shoot someone that is punching you. And again, that all depends. We cover the disparity of force in our article, “Self-Defense Shooting and Disparate Force.”

There were no reports that the attacker had any sort of weapon, but the attack was reported as “violent” by the police and media. After speaking to witnesses and watching security camera footage, the police determined that the victim lawfully used her gun in self-defense. So the attack must have been violent enough to rule the shooting justified.

Unfortunately, an innocent bystander was hit as well. What we don’t know is if the woman was aiming at the attacker’s leg. I wish we could see the security footage, but it has not been released as of this writing. I’ll just state that we never want to aim for the leg or arm in an attempt to wound the suspect. You want to aim center mass, the biggest target, and shoot to stop the threat, not to wound.