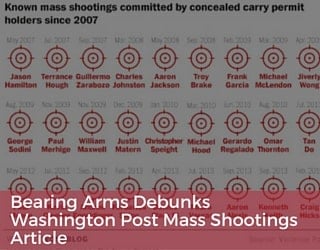 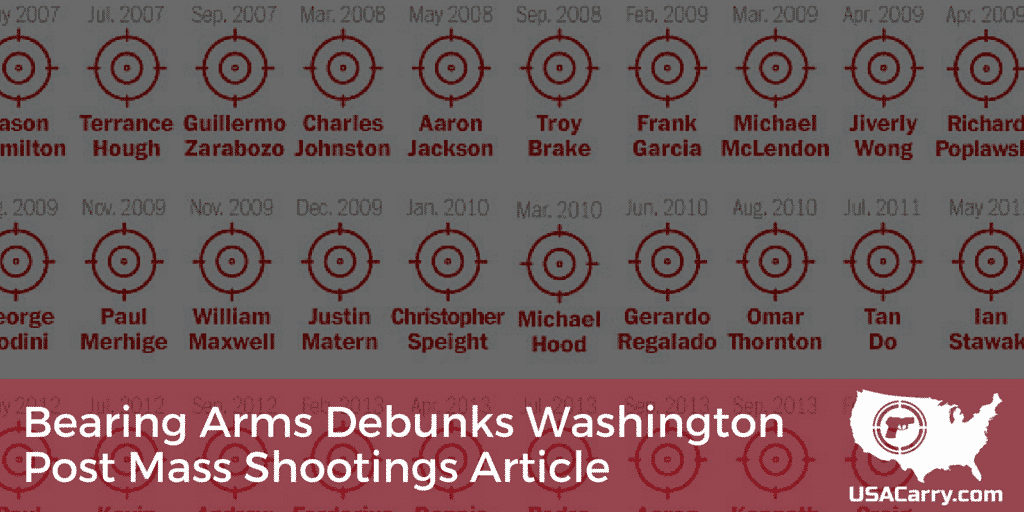 On October 26, 2015, The Washington Post published an article by Christopher Ingraham that stated concealed carry permit holders have committed at least 29 mass shooting since 2007. The article does mention that in at least 8 cases, armed civilians did prevent mass shootings since 2007 and there could be more undocumented cases.

But that’s where some of the facts seem to get skewed. They posted the following graphic that shows dates the mass shootings happened along with the names of the shooters. 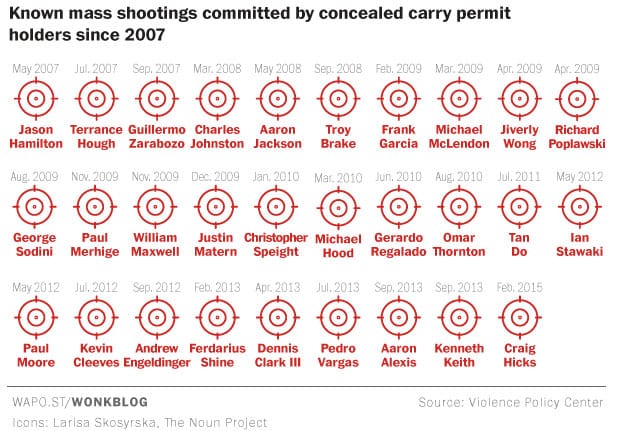 That same day, Bearing Arms writers Bob Owens posted his own article debunking some of the statistics that Christopher Ingraham had used in his article. He breaks down each of the 29 incidents with explanations on each one.

To summarize, here are the stats based on the research Bob has done:

It should be noticed that the statistics the Washington Article was based on came from the Violence Policy Center. With a quick Google Search you can find many articles discussing how accurate their reports are.

Google gives you a great opportunity to earn