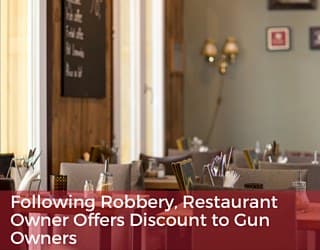 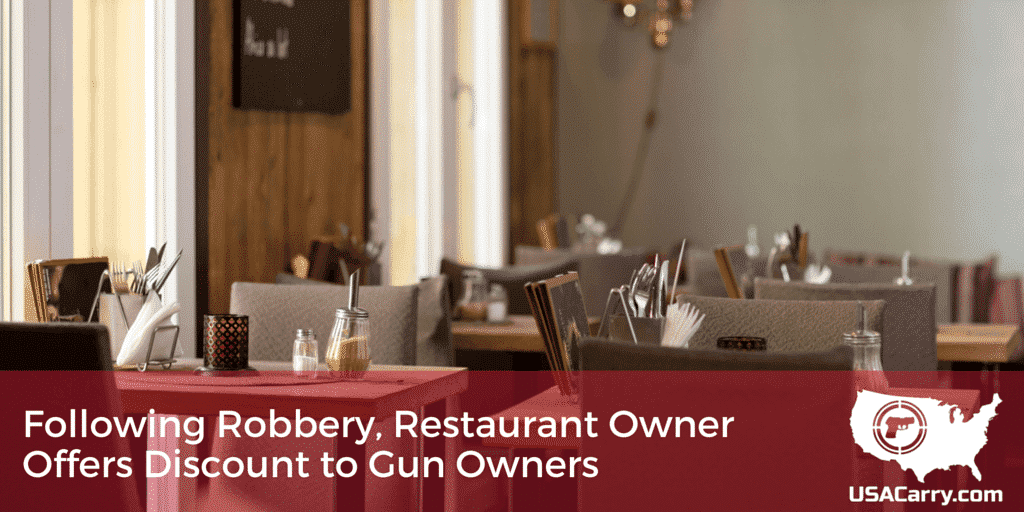 New Orleans native and restaurateur Art Bouvier’s Indianapolis restaurant, Papa Roux, was the target of an armed robbery. No one was hurt, but Bouvier has adopted a proactive solution to avoid future crimes: a 25% discount for customers with a CCW and permit.

Bouvier announced the new policy via social media on October 24th, noting that the response from his customers has been mixed. Many regulars have expressed concern over the policy, citing their fears of accidents or violence.  While he respects their opinions, Bouvier remains skeptical:

“They’ll go out to eat with the possibility that a criminal will bring a gun in, but they’ll stay away if they think customers might be carrying. That’s weird to me.”

However, Bouvier’s announcement garnered enthusiastic support from the Second Amendment community. Papa Roux had an extremely busy day on Monday, as firearms owners came out in droves to show their support for the business.

Papa Roux has joined the ranks of a number of businesses nationwide, which actively welcome and encourage legal concealed carry on their premises. Like Bouvier’s restaurant, they tend to receive active support from local gun owners.

Should You Carry with a Round in the Chamber? [Part 2]