The Best Gun Handling in Film and Television 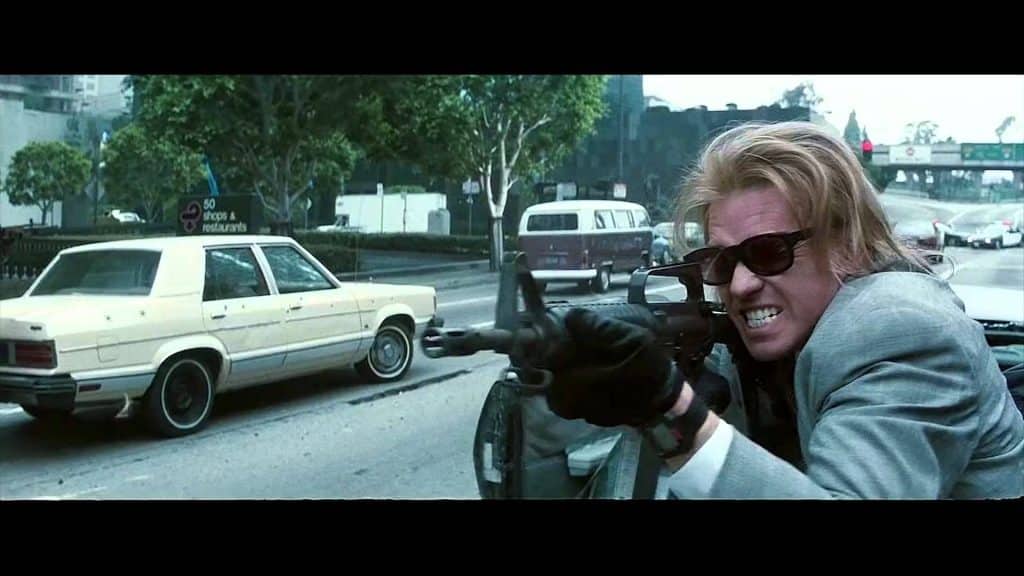 Contemporary folks have an odd relationship with media: we know that most of what we see on the screen isn’t real, but we somehow buy into it anyhow. Let’s make the obvious “Matrix” comparison: the line between image and reality is blurry at best. Books have been written on the subject, and I suggest taking a look at them.

One of the things I like best about the firearms community is the dedication to accuracy, pun intended, and the willingness to point out inaccuracies in how guns are used and portrayed in film and television. However, there are a few gems out there that not only show good gun handling, but accurately portray the usage of weapons, the tactics involved, and the brutal effects they can have. Toward that end, I offer this list of movies and television shows that best portray firearms.

The Way of the Gun

Starring Benicio Del Toro and Ryan Phillippe, this is both a masterpiece of filmmaking and probably the best example of good gun handling and tactics on film. The weapons are realistic, the tactics are on-point, and the gun handling superb. It may be the first film I ever saw in which the characters routinely reload weapons and occasionally deal with realistic malfunctions. By all means, if you only see one film on this list make it this one.

Another crime drama with a heavy emphasis on good cinematography and good performances, Heat is based on the infamous North Hollywood Bank Robbery, and any scene involving a firearm reflects that realism. The final gun fight is brutally realistic—you’ll wince when the characters take a hit. Throw in excellent performances from Robert DeNiro and Al Pacino, and you’ve got a classic.

The zombie craze may have abated, but AMC’s The Walking Dead is an ongoing exploration of life in a world without laws or social order. Firearms play a big role, but the series shows the limitations of guns and marksmanship in dealing with the challenges the characters face. An additional touch is that the weapons in question look like the kind of guns Americans actually own, rather than the Hollywood delusion that Class III weapons lurk in every closet across the South.

Classic Westerns are often forgotten these days, and that’s a damn shame. Winchester ‘73 is one of Jimmy Stewart’s best films and a great example of period firearms. The gun handling and shooting is excellent, in part because legendary exhibition shooter Herb Parsons served as the technical advisor. It’s also Tony Curtis’s cinematic debut, which adds a bit of historical importance as well.

Keanu Reeves’s gun handling in this fast-paced thriller is masterful—so much so that Reeves has taken up three gun competitions as a hobby. The shooting and tactics are brutally realistic, and help drive the plot and the mood of the film. Overall John Wick is a great little piece of firearms cinema that may just motivate you to run a few more practice drills.

An animated series from FX, Archer follows the titular spy and his team of colorful characters from one hilariously death defying mission to the next. The humor is on point, the social commentary cutting, and the setting creative. The animation is also detailed–to the point that individual makes and models of firearms are portrayed correctly. The characters even follow the right manual of arms for each weapon, speaking to the artists’ attention to detail. Throw in some brutally realistic tactics, and you’ve got a hit on multiple levels.

As always, these are just my thoughts and I’m sure many of you have opinions of your own. Jump into the comments section or drop me an email and let me know what movies or TV programs are on your list!

5 Budget Snubnose Revolvers To Look Out For