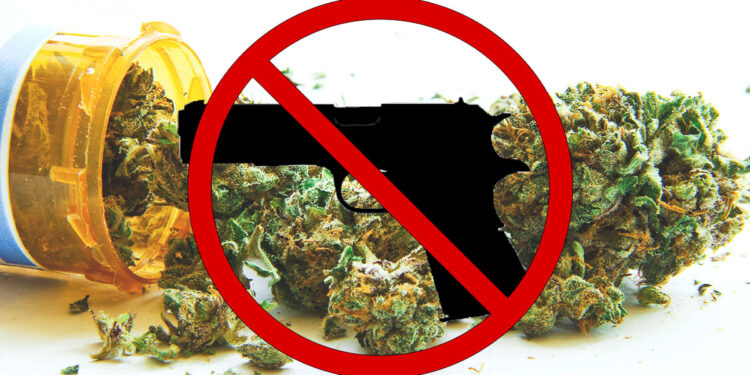 On April 20, 2022, Florida Agriculture Commissioner Nikki Fried filed a suit in an attempt to block a federal rule that prohibits medical marijuana users from buying a firearm or obtaining a Florida concealed carry permit.

On Monday, the Department of Justice filed a motion to dismiss the lawsuit. The memo attached to the motion basically stated that marijuana users are too dangerous to trust.

“Perhaps most relevant here, a long tradition exists of viewing intoxication as a condition that renders firearms possession dangerous and accordingly restricting the firearms rights of those who become intoxicated.”

But I guess that doesn’t apply to people that get intoxicated by using alcohol or are prescribed drugs that impair their judgment.

“The federal prohibition of a state-legal medicine continues to harm patients, imprison tens of thousands of Americans, and stifle the growth of this growing industry to the detriment of our economy. It is beyond disappointing that with this motion to dismiss, rather than taking this opportunity to address this violation of cannabis patients’ constitutional rights, the Department of Justice has chosen to double down on harmful prohibition policies. DO’s argument is as offensive as it is inaccurate, utilizing centuries-old case law and making false claims demonizing medical marijuana patients – including perpetuating prejudicial stereotypes that cannabis users are dangerous or mentally ill.

I filed this lawsuit to bring attention to how the federal government’s inconsistent and illogical cannabis policies are creating not only confusion, but actual harm. Unfortunately, the issue raised in our lawsuit is just one of the many dilemmas posed that is affecting a massive number of Floridians and even more patients nationwide. Though this particular pathway intended to move much-needed cannabis reform forward might be cut off, I will never stop looking for outside-the-box ways we can further this fight until we achieve full and equitable legalization.”

How the FBI Undercounts Armed Citizen Responders to Mass Killers, and Media Play Along

How the FBI Undercounts Armed Citizen Responders to Mass Killers, and Media Play Along

People who are Driving Under the Influence (D.U.I., thats Alcohol, Drugs, or whatever impairs judgement and motor function) are still crashing, killing and hurting others and damaging property.
I don’t like this administration at all, but on the subject of drug/alcohol, or anything that impairs judgement (and MJ DOES impair judgement),
I agree that a user should not be permitted to buy a firearm.
Period.

You should know if you live in Florida and like guns, Fried is not your friend. She might be prescribed marijuana, she might even have a concealed carry permit and carry a gun, but she’s an antigun politician, and this is election year politics. Dump her.