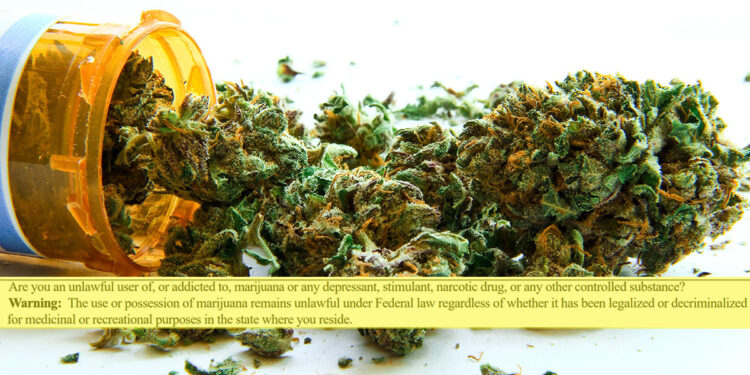 The more states continue to legalize marijuana, the more questions we get asked about marijuana, guns, and concealed carry permits. Each state has its own laws regarding them. The Oregon Supreme Court rules that sheriffs cannot deny concealed carry applications just because they have a medical marijuana card. But on the other end, you have Mississippi that says it is still illegal on a federal level so medical marijuana users are not allowed to possess or purchase firearms and ammunition. And that is what one Florida Democrat wants to change.

Florida Agriculture Commissioner Nikki Fried will be filing a suit today, 4/20, in an attempt to block a federal rule that prohibits medical marijuana users from buying a firearm or obtaining a Florida concealed carry permit.

It boils down to one question on ATF Form 4478 which is required for every gun purchase from an FFL, specifically question 21.c which states:

Are you an unlawful user of, or addicted to, marijuana or any depressant, stimulant, narcotic drug, or any other controlled substance?
Warning: The use or possession of marijuana remains unlawful under Federal law regardless of whether it has been legalized or decriminalized for medicinal or recreational purposes in the state where you reside.

Comm. Fried also stated on The Marijuana Solution Podcast in 2019 that she has both a Florida concealed carry permit and a medical marijuana card.

I’m suing the Biden Administration because people’s rights are being limited. Medical marijuana is legal. Guns are legal.

This is about people’s rights and their freedoms to responsibly have both.

Gun Ownership and Marijuana Use and Laws