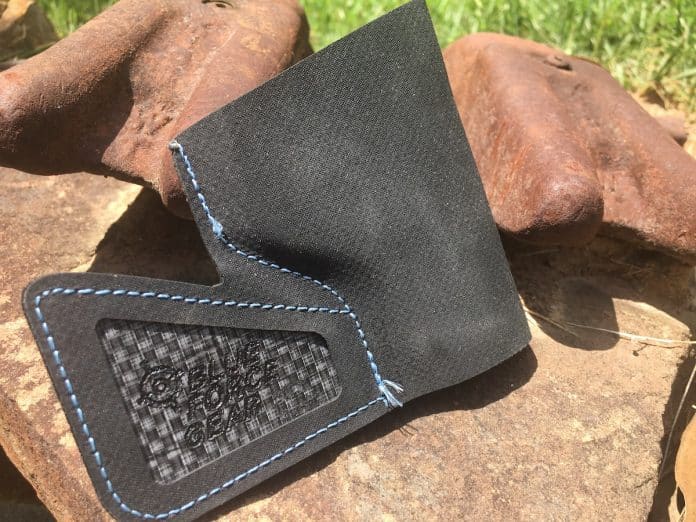 If you know the Blue Force Gear name, it is probably because they make stuff like the Vickers Sling and Ten Speed pouches among their other “tactical” products. Pocket holsters are without question almost as “untactical” as something can be, but Blue Force Gear makes one of those too. The pocket holster is made out of Blue Force Gears ULTRAcomp material, which is their standard fare but makes for an interesting pocket holster.

It translates to a holster that adds very little bulk to the gun relative to most other pocket holsters. That is a double-edged sword though because it also means the holster doesn’t do much to break up the outline of the gun while it is in the pocket. Depending on the type of material the pants are made out of and how tightly they are fit, this can make or break a holster. A visible outline of a gun in a pocket pretty much defeats the purpose in the first place. 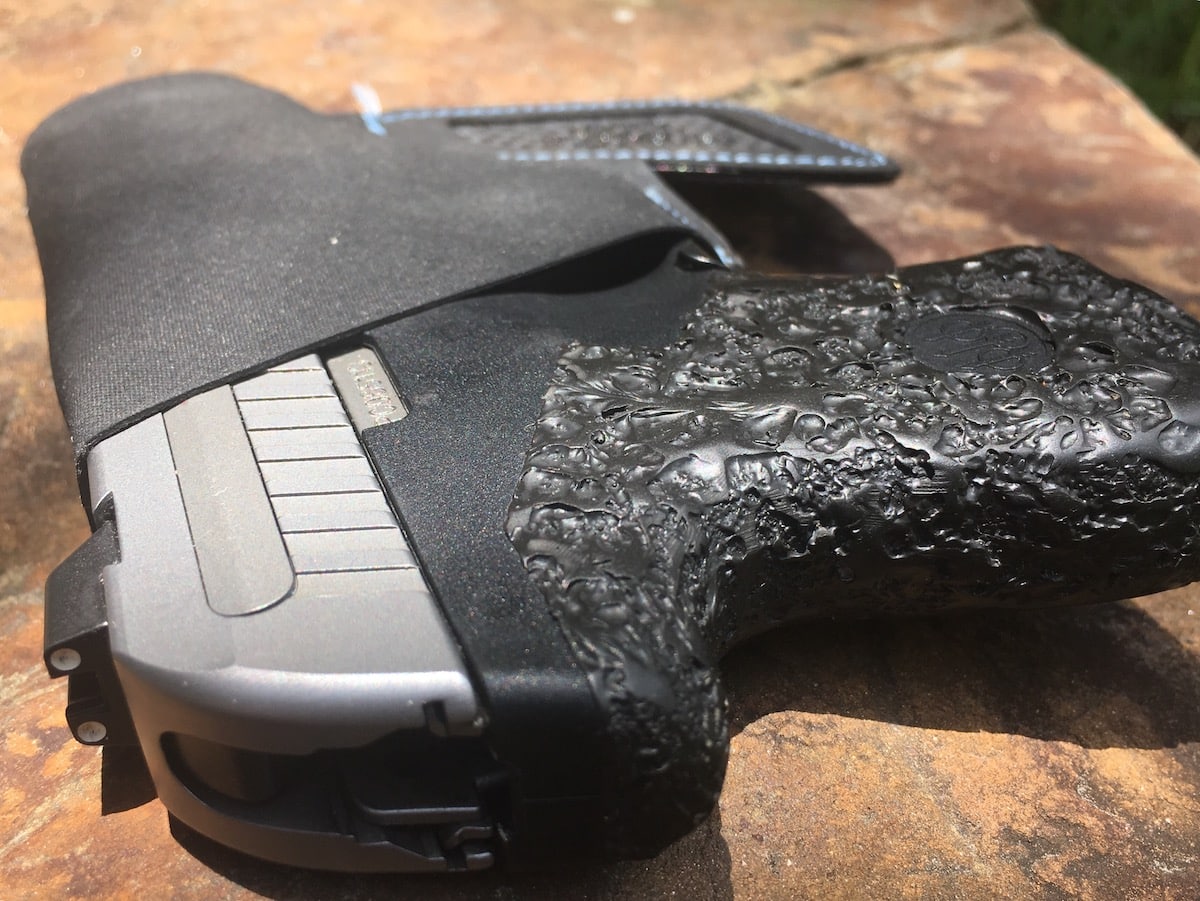 My biggest critique of the holster is that it doesn’t do much to break up the outline of the gun. This means in pants made of thinner material or a tighter fit it can be pretty obvious there is a gun. This is a common challenge with pocket holsters because masking the shape of the pistol has to be balanced with maintaining access to the handgun. Blue Force Gear erred on the side of preserving good access and minimizing bulk. With thicker or looser fitting pants it does mitigate the issue a bit, but the end-user needs to remain aware of the possibility of the handgun printing through the pocket. 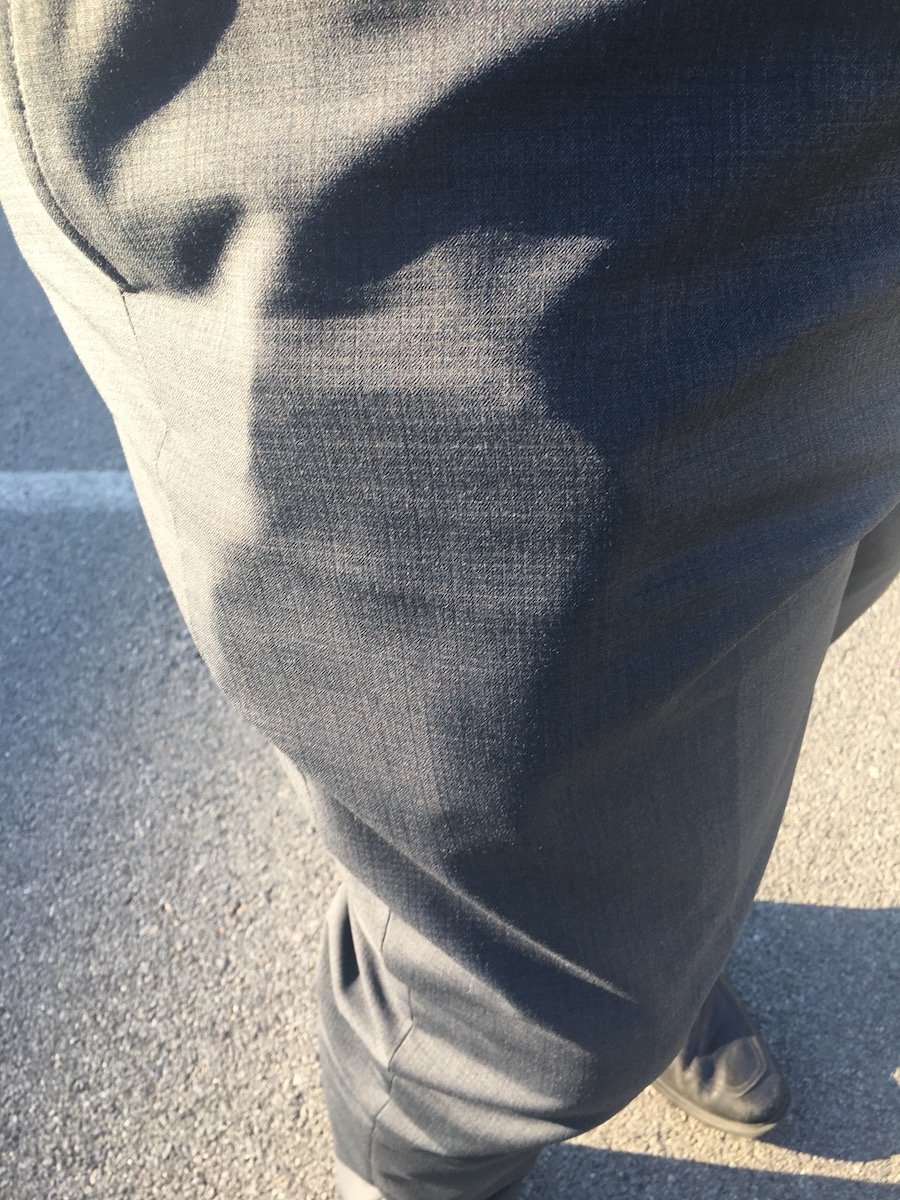 Due to what the holster is made out of, it should also be very durable. Blue Force Gear uses the same material for all types of hard use gear. It should outlast the typical cloth or laminate material used in most pocket holsters. It is also a non-elastic material and will not stretch over time, creating potential safety issues with how well the trigger is covered (or maybe not covered). The only holster construction that is likely to rival durability would be an all Kydex pocket holster.

Pocket holsters are all about compromise. Carrying a pocket gun itself is a compromise. The ULTRAcomp Pocket Holster is a good holster for shooting from but has some issues concerning maximizing concealment. It is a compromise. At a price point just under $30, it is an option worth exploring though, especially if you need/want a holster that adds near zero bulk to the handgun.