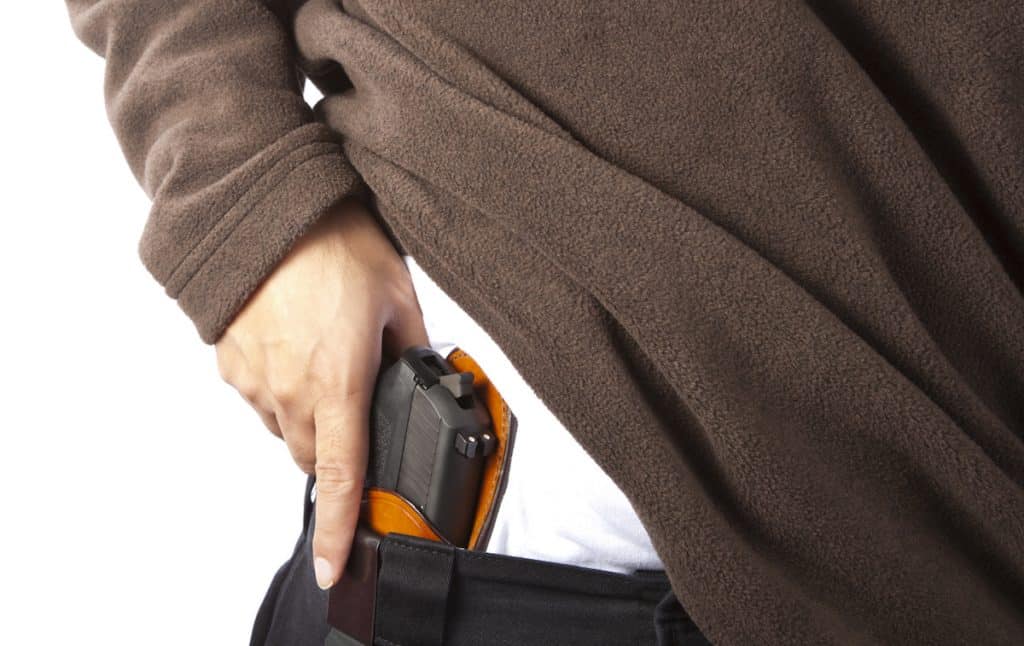 If you’re one of the majority of people that have a semblance of empathy for your fellow man, you probably don’t want to shoot a person unless you absolutely have no choice. The problem is that bad guys don’t make that choice an easy one. In fact, the more ambiguous they are prior to the attack — such as pacing around or generally ‘acting sketchy’ — the more opportunity they have to assess you and determine whether or not they’re going to strike.

A good example is if you turn on Animal Planet or read National Geographic. Watch how predators act. They take their time selecting their prey. In situations like crocodiles on the plains of the Serengeti, they are in a target rich environment when the water buffalo migrate. Crocodiles still take their time waiting for the perfect time to strike.

And predation is natural, too.

Unfortunately, in the human scope, our predators are capable of a lot more tricks up their sleeve. And us, as law-abiding citizens and gun owners, are forced into a predicament as to when it’s appropriate to defend ourselves.

Let’s take a recent example taken from a supposedly real life situation. This was posted on Reddit’s CCW sub by a user claiming he brandished his pistol in an attempt to stop a possible attack. 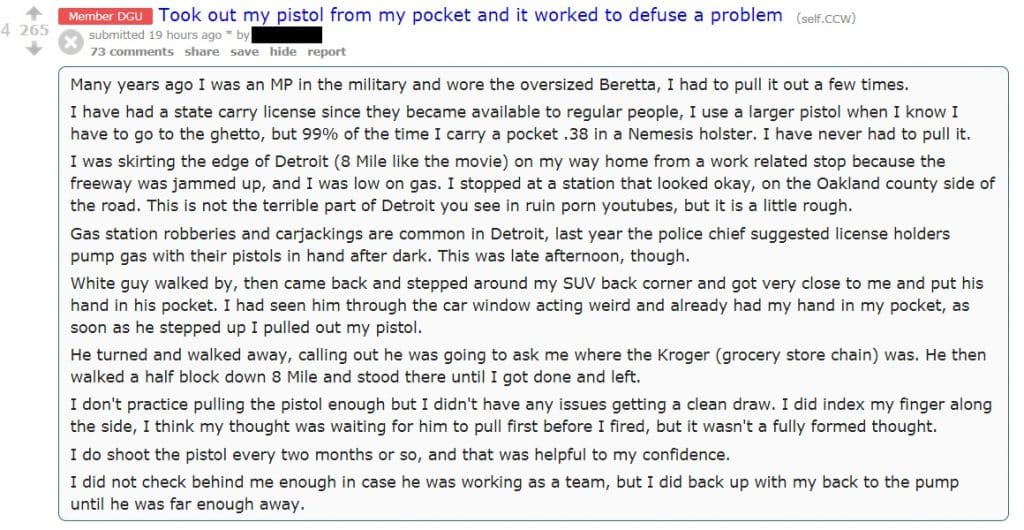 “White guy walked by, then came back and stepped around my SUV back corner and got very close to me and put his hand in his pocket. I had seen him through the car window acting weird and already had my hand in my pocket [on his pistol]. As soon as he stepped up, I pulled out my pistol.”

This was a situation that occurred on the outskirts of Detroit — a city known for its violence and armed robberies. The person describing the situation had every right to feel threatened by someone acting sketchy and then approaching him from an obtuse angle while he was parked at a gas station.

It’s a great example of someone brandishing a handgun to defend himself. The situation ended without any shots fired or injury. Both parties survived. No damage was done.

On the surface, this sounds like an ideal ending. With the best possible outcome being no harm coming to anyone, that’s pretty damn close to perfect. The guy waits until the possible attacker approaches and demonstrates enough intent to be perceived as a threat. He then draws his gun because, unless some major deviation happens, he’s going to need to use it to defend himself.

The suspect sees the gun and realizes his best chance of walking away unharmed is to turn around and walk away. Why would he do that?

If you shoot a bad guy in the back, you’re now the bad guy. It’s a really messed up game of reverse tag.

This is just the simple reality of law-abiding gun use. You have to be in the right. You have to perceive the threat and feel the threat is imminent and unavoidable and use that gun judiciously to defend your life.

In just about any other situation, though, such as a person intimidating another person in a parking lot or a potential hostile situation in a closed environment — like a parking deck — brandishing a gun only opens you up to civil and criminal liability.

Civil and criminal liability can be very expensive.

The basic rule of law-abiding gun carrying: pull your gun only if you absolutely intend to use it. Until you perceive the threat as a threat, leave that gun holstered.