Can One Shoot A Fleeing Robber?

by Sam Hoober
in Articles, Self-Defense
51

Shooting a fleeing robber is both a practical question of self-defense (due to the complicated legal nature of defending one’s self) and a moral one. Look at concealed carry and home defense forums, and you’ll find discussions on the topic as well as real-life examples.

Bear in mind that this isn’t legal advice. Seek the advice of a qualified legal professional to gain specific insight into the germane laws of your city and state.

Self-Defense Or Preventing A Robber From Making A Getaway? 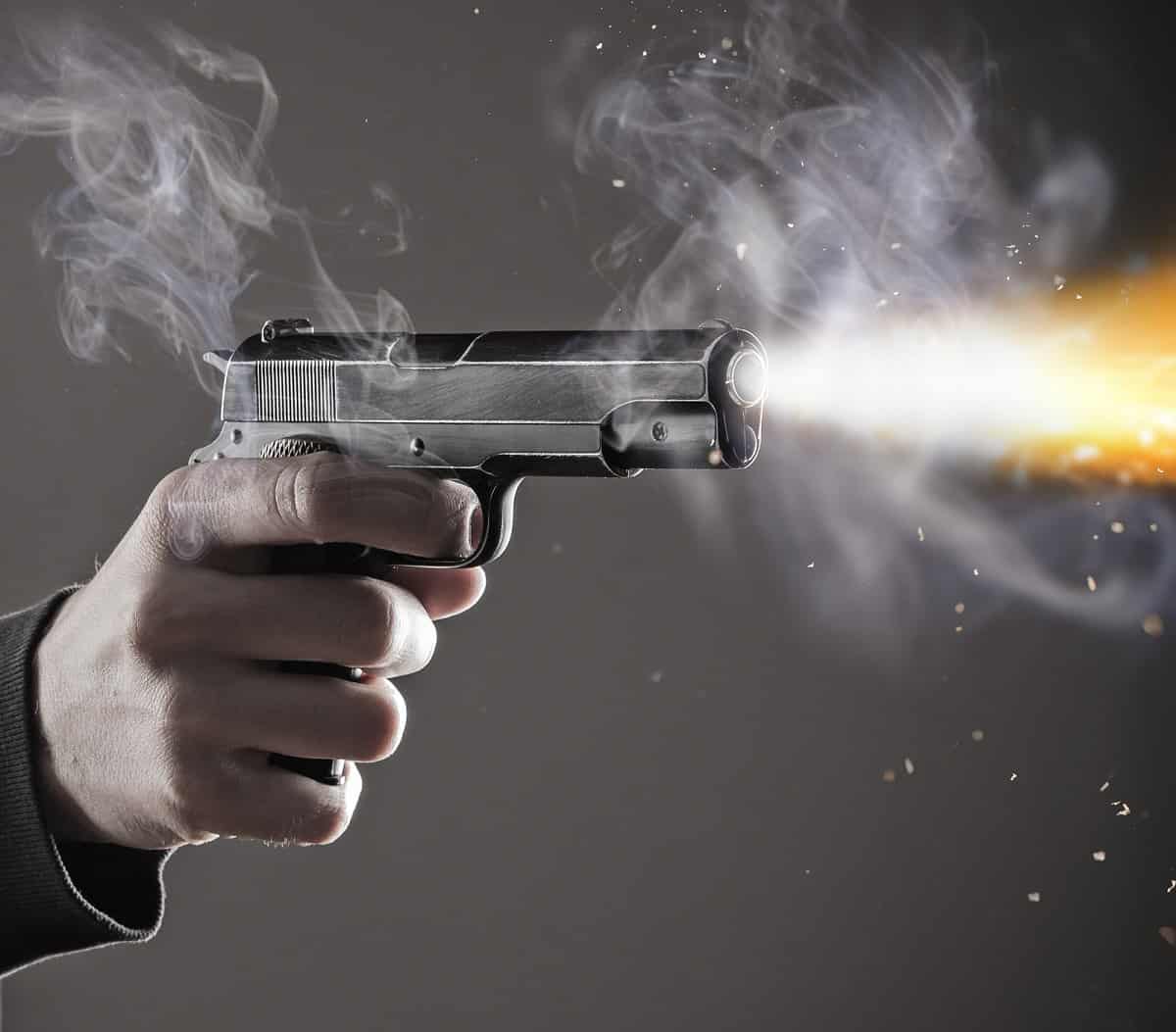 Generally, one of the reasons most people concealed carry or keep a gun at home is for self-defense, meaning defending themselves from something or someone actively posing a threat to their life or of serious bodily harm.

Does a burglar escaping from one’s home necessarily pose a threat? Or does the mere presence of the burglar pose enough of a potential threat to shoot?

Granted, philosophical and ethical discussions are all well and good, but no one knows what they actually will do in the moment.

Is It Legal To Shoot a Fleeing Burglar? 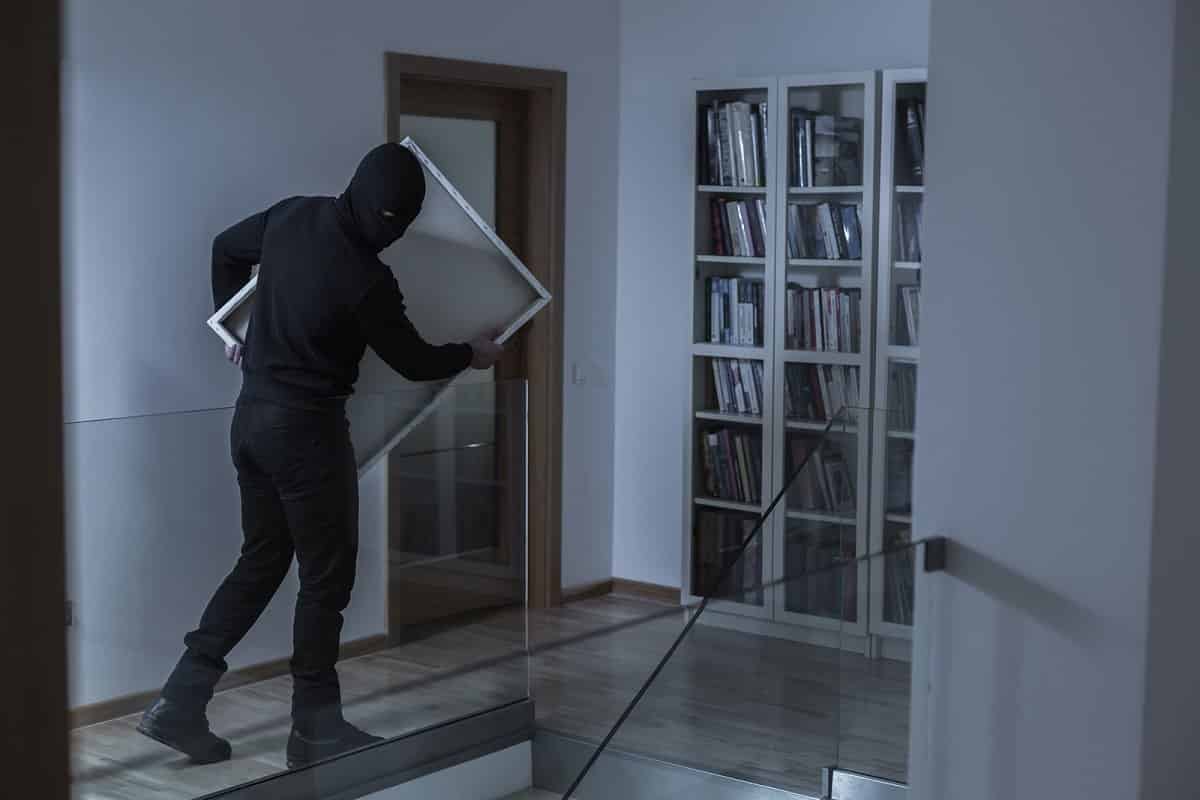 The question of whether it’s legal to shoot a fleeing burglar is thorny, as it isn’t clear. Nearly every state in the union allows for use of lethal force to defend one’s self (or others) against someone who poses a real threat to their life or of serious bodily harm. Most states also allow for a person to use force to stop a felony in process.

Does that cover a fleeing burglar? Not all burglaries are felonies; it becomes a felony theft based on the monetary value of the property (or money) burgled. It would be hard to know if the correct amount had been taken upon discovering a burglar.

To use lethal force, a person has to have a reasonable belief that they are in danger. A burglar, trying to flee, might not actually pose such a danger.

One of the few states allowing for using lethal force over mere property is Texas, where lethal force can be used in some circumstances to stop property crimes such as a robbery, burglary or other theft, including at night. In fact, the laws in question were passed shortly before the Joe Horn shooting, which factored directly into that case.

In most states, that puts a burglar fleeing the scene in a gray area. The potential for the threat is there, given the right circumstances, but claiming “self-defense” after shooting in the back can be tenuous.

Real Life Cases Where A Fleeing Burglar Was Shot

There are a number of cases where a fleeing burglar was shot. Each had a different outcome. While it’s better to be judged by 12 than carried by 6, there’s a world of difference between charges not being brought and an acquittal.

For instance, there was the Trevon Johnson case from March of this year. Johnson, 16, broke into the home of Gwendolyn Jenrette, who was alerted to the break-in by her security system. When she arrived home, she found Johnson leaving the house. She fatally shot him as he tried to flee. Jenrette has not been charged at the time of this writing.

In 2013, James George Stiffler of Helena, Mont., shot and killed a burglar he found in his home. After a forensic examination discovered he had shot Henry T. Johnson in the back, charges were filed. Stiffler’s trial resulted in a hung jury in February of this year, according to The Missoulian.

In Aug. 2015, David Hillis of Akron, Ohio, grabbed his gun and chased two men out of his home. He fired several shots as they fled, though he was outside of his home. Marcus Glover, one of the two fleeing men, was killed. Hillis was charged with voluntary manslaughter as Ohio’s Castle Doctrine doesn’t apply outside of the home. Hillis was convicted, according to the Akron Beacon Journal, and is awaiting sentencing. He could receive up to 11 years in prison.

In April 2014, David McLaughlin of Dunkirk, Ind., fired at two men that had broken into his garage and fled as they same him come armed into the garage. McLaughlin pursued a short distance and shot at the men as they fled into the alley behind his house. One of them, David Bailey, was struck in the arm. Bailey served six months for the burglary, but McLaughlin was convicted of criminal recklessness for firing outside of his house, according to the Indianapolis Star, and served 60 days in jail, followed by four months of house arrest. Bailey is also pursuing a civil suit against McLaughlin.

The aforementioned 2007 Joe Horn case, where Joe Horn shot two men burglarizing a neighbor’s home, resulted in the grand jury returning no bill, so no charges were brought.

Is shooting a fleeing burglar legal? Outside of Texas, it’s hard to say. It’s more accurate to say one may not be charged for it.

What Handgun Ammo To Use If Hollowpoints Aren’t Available

What Handgun Ammo To Use If Hollowpoints Aren't Available