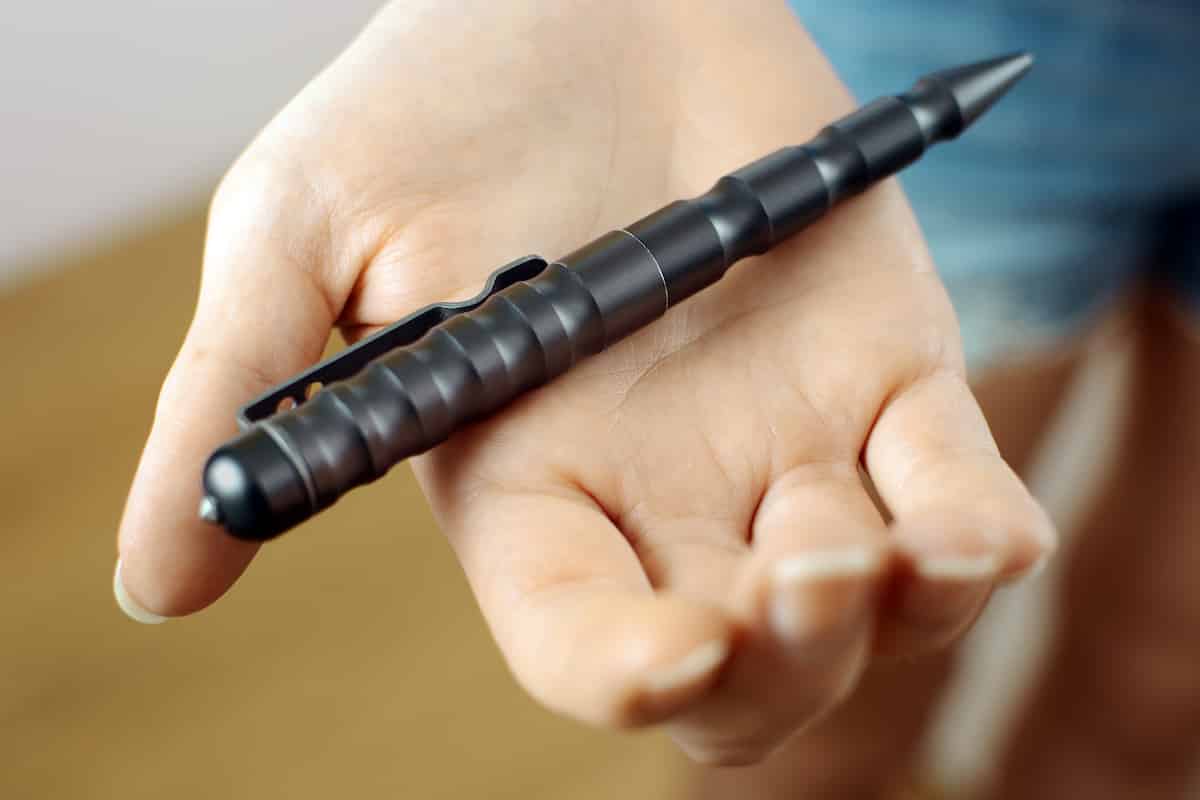 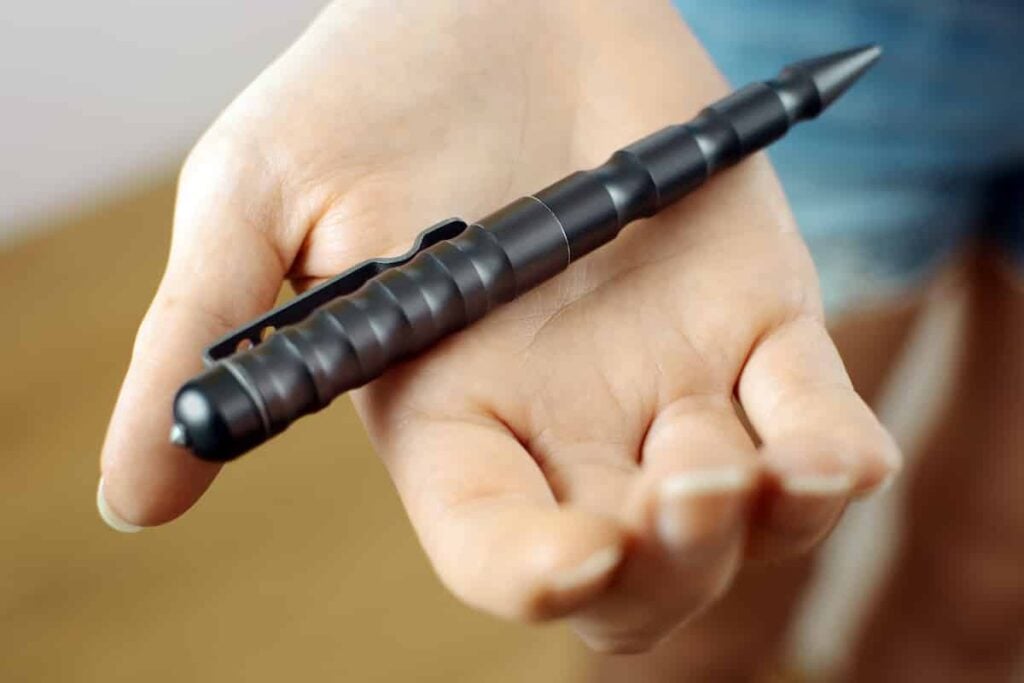 This past Christmas I was fortunate to receive a practical (and cool) self-defense item – a tactical pen.  After playing around with it for a couple weeks, I think I have a good grasp of the pros and cons of adding this implement to my self-defense arsenal.

The first and most obvious advantage is that the pen is very discreet.  At just under 6 inches long, it’s the size of a standard ink pen. It slips into a normal pants or purse pocket inconspicuously.  It fits snuggly in my hand and, although heavier than a conventional pen, is not uncomfortable to hold.  It writes as I expect a pen to and, should I pull it out of my pocket to jot down a note, I doubt anyone notices it doubles as a weapon.  The unintimidating look and ease of handling makes it a good introductory self-defense tool.

In a pinch, any pen makes a handy weapon, but the big advantage of a tactical pen is its strength.  Unlike a breakable plastic pen, most pens made for self-defense are metal and many offer a reinforced striking surface.  The particular pen I received is made from aircraft grade aluminum with a carbide glass breaker.

Any self-defense tool requires good technique, and a  search of YouTube brought up several good videos on how pens can be used for self-defense.  I found the Focused Impact Volume 1 and 2 videos by StaySafeMedia particularly informative.

The method is similar to that of a Kubotan.  Grasping the pen firmly in your palm, you can use it to stab or strike an attacker.  Aim for the tender places – face, throat, groin, inside of the arm, ribs.  A hard jab to the throat might not completely incapacitate an attacker, but it should pause the attack long enough for you to remove yourself from danger.  When stabbing or jabbing at an opponent, don’t forget to double tap.  If you have an opening – take it! If one jab puts a pause on the attack, two or three strikes will give you that much more control of the situation and time to escape.

A plus that I did not consider at first is that using a tactical pen for defense can provide law enforcement with forensic evidence.  If you’ve made contact with the assailant, the pen will pick up DNA evidence which can be very useful in identifying an attacker. Some models of tactical pens even include a “DNA catcher” specifically designed for this purpose.

Depending on how you look at it,the relative non-lethality of the tactical pen is either a big advantage or a huge drawback..  When using a knife or a firearm to defend against an attack, there is near guarantee serious injury will occur.  While a tactical pen can inflict a good deal of pain on an assailant, its primary purpose is to allow you to defend yourself and skedaddle rather than engage in a potentially lethal display of force.  The pen gives you an option in between having nothing but your bare hands and pulling a firearm.  On the downside, if your assailant has a knife or gun, a tactical pen isn’t likely to cut it.

As with any weapon, a tactical pen will only be effective if you are practiced and prepared to use it.  Be aware of your surroundings.  If you are in a potentially risky situation (walking alone or at night, in a “bad” part of town, around someone that makes you uncomfortable), be proactive.  Don’t wait until a threat arises to grab the pen; have it at the ready.  If you have to fumble to get to it, it won’t be effective for self-defense no matter how many times you’ve practice striking with it.   Additionally, you absolutely need to practice striking and jabbing with the pen. A high-stress situation is not the time to try out a new skill for the first time. As I mentioned before, watch a couple instructional videos.  Practice in your living room and pretend pillows are opponents or, if you have a friend that is also into self-defense, invite them over to go over a few basic moves.