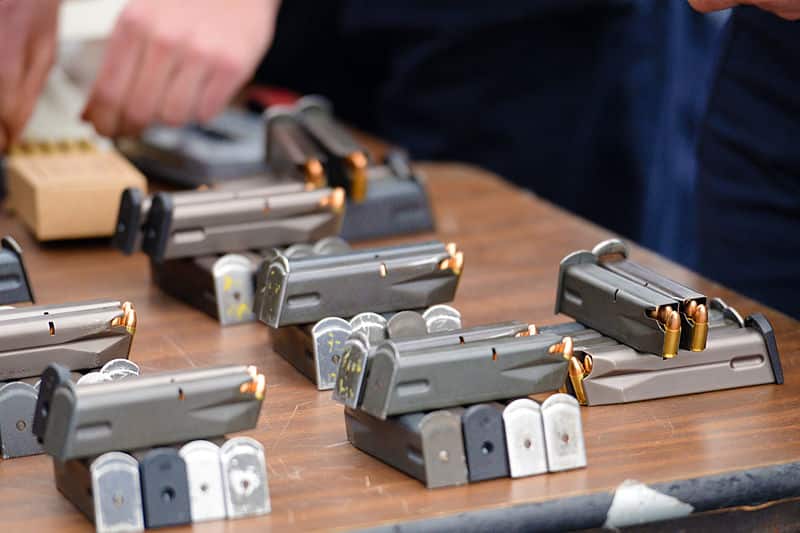 If there’s one bit of universal wisdom regarding concealed carry, it’s always to carry a spare magazine. Obviously, this applies to people carrying semi-automatics; having one won’t do you any good with a revolver. That’d be plenty awkward!

That said, there are a few different ways to go about it, and each has its benefits and drawbacks. If you’re going to carry a backup magazine, these are the ways to do it. 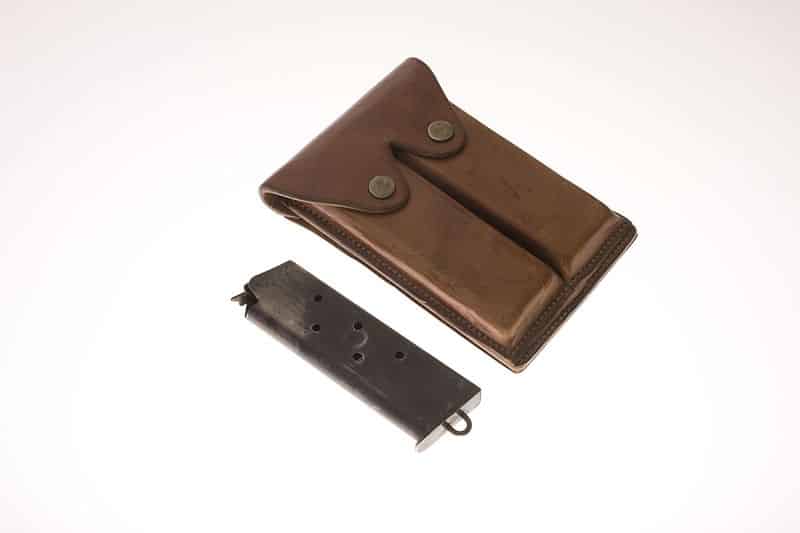 The most logical way to carry a spare magazine is to use a magazine carrier or magazine holster. Just like concealed carry holsters, they are usually made of leather, hard plastics like Boltaron, Kydex or injection-molded plastic; they can be a hybrid design of the two…the choices vary by maker.

Some are meant for IWB carry, others for OWB carry. Some holster makers add a single holster caddy to the gun holster itself. Concealment can be relatively easy (depending on the design) but, again depending on design, may not be. It all depends on the model.

Some people even create improvised mag carriers for their spare magazine. Many challenging more accessible (and also full-size 1911 magazines) can be held in a tool pouch that fits on the belt. And they work great.

Fairly obvious, really, but there are a few potential drawbacks. First, just like picking a gun holster, there are some you’ll find comfortable enough to carry all the time, and others only work on range day. Your mileage will vary, of course, so you may need to try a few out.

One thing you’ll want to look for beyond comfort is good retention, as a mag carrier should keep the magazine in place while carrying. However, that may have to be balanced against a smooth draw.

These are the easiest to use in a critical situation, especially if located on the weak side. Holsters with mag caddies are convenient, to be sure, but drawing from the strong-side – which will be a cross-draw, can be a bit awkward. 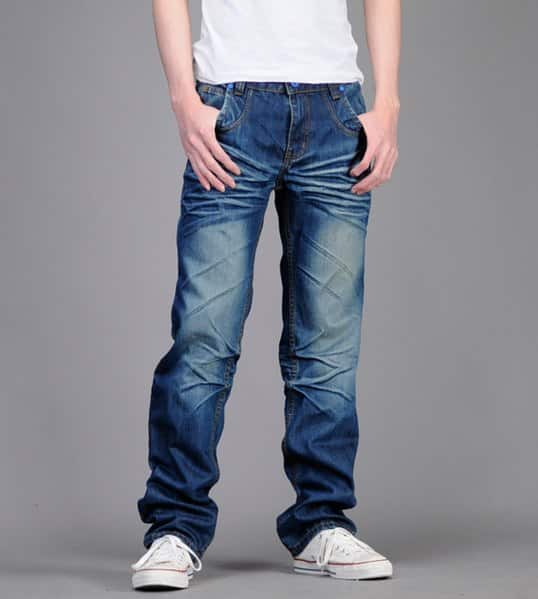 A spare magazine in a pocket is undoubtedly the lowest-tech method of toting a reload. Doesn’t it seem simple? It indeed can be, but you should be aware of a few things.

First, the magazine that you carry may make carrying in this method impractical, if not impossible. A 1911 magazine probably isn’t going to be a problem; a smallish compact double-stack magazine (think Glock 26/M&P9C) won’t likely be too much of a problem either. Cargo pockets will afford a bit more room but can be a bit difficult to access in the heat of the moment.

However, once you get the larger of the compacts and certainly the full-size double-stack magazines (say a Glock 19 magazine or larger), it’s just not going to be very practical. You could get away with one in the back pocket, but the front pocket is going to be out.

Second, you need to keep that pocket devoid of anything besides the magazine. Clutter will interfere with drawing the magazine. You might also get a round or two worked out if the top round snags in the pocket.

In the heat of the moment, a magazine may be challenging to retrieve quickly from a pocket. Some people make this more accessible with a magazine sleeve that helps orient the magazine and makes drawing easier. 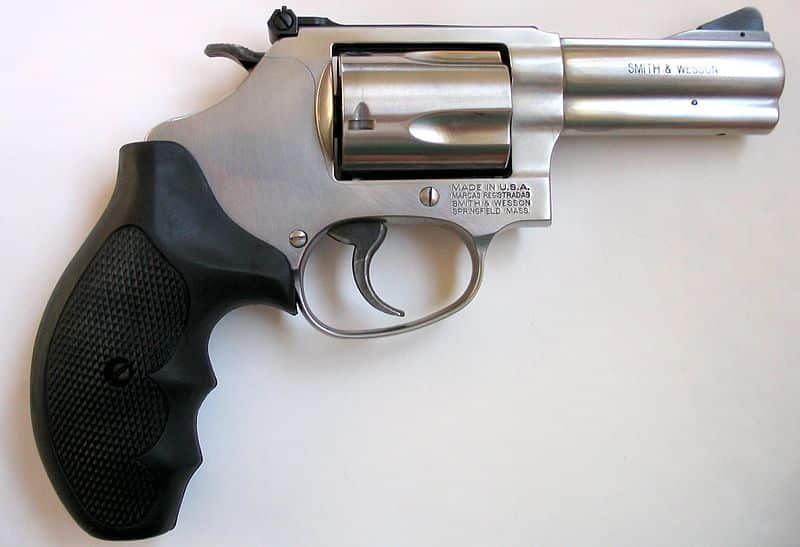 Another strategy is to take your spare magazine or spare ammunition and wrap it in a backup gun.

This practice is as old as the hills. Cavalry officers were known to carry multiple revolvers within years of the revolver’s invention, as were some infantry. Frank Pape, the legendary (some might say infamous) Chicago police officer was known to carry multiple Police Positive revolvers at all times by having longer pockets sewn into his trousers and coat. Officers in New York City were also recognized for carrying numerous revolvers at one time, which is why it’s called a “New York reload.”

That said, carrying multiple guns and multiple holsters is a pain, and that’s a lot of equipment to buy. There’s some logic to it, though; cuts down on reload time, you have alternatives in case your primary weapon malfunctions, and in case of a REAL bad situation (say a mass shooter) you could ostensibly arm someone to help you take down a bad person.

Then again, do you want to walk around with two to three guns at all times? Not everyone does.

Regarding the “New York reload,” in my state – New Mexico – a CCW permit is only valid for carrying one fire arm at any time.

In Florida, you can carry as much as you want, and our permit is a Concealed WEAPONS Permit, which also covers knives.

THAT would be awesome. Here in Virginia it is specifically a concealed ‘handgun’ permit (CHP). I had read the NM limited you to one gun, which would be a shame since I like to carry a BUG.

Carry what you want. “Shall not be infringed.”

Some states don’t allow multiple guns. Paul Harrell of You Tube fame says most. I’d like to see the data on it. That said, carrying one can be enough of a pain in the ass.

Fortunately my state is not one of them, no where on the CCW application does it ask for information on your handguns of choice.

It doesn’t have to. If there is a law and it’s broken, the perpetrator will find out the hard way, no matter what one believes about rights. Having a particular view doesn’t mean it’s reality or ever will be.

There is no such law in SC, I have researched the matter.

Thats good, but pity the fool that lives in a state that isn’t like that and believes differently.

That’s stupid. Must be libtards in your state gubment. Do what Davey Crockett did: carry what you want. Nullify unconstitutional “laws.”

Until you become a ward of the state and bubba shows you his gun.

I frequently wear some older 5.11 covert carry pants that have zippered, hidden pockets designed for weapons and magazines. This includes built in magazine pouches that keep the mag upright and easy to extract. They look like a pair of loose fitting chinos or khakis, and they don’t have visible saddle pockets. Great stuff.

You shouldn’t need a permit (permission) to BEAR arms.

Should have to die either. Not my monkeys, not my circus.

I don’t know why the author says ” not for revolvers. When I carry with my .357/.38 I have a couple of speedloaders in a pouch on my belt. I use a soft knife/flashlight pouch for my semiauto mags. Everybody thinks It’s a multitool or flashlight. In N.Y. you can carry more than one gun.

Holsters with a mag caddy are about as dumb as the day is long! Spare mag pouches should always be carried on one’s weak side. I’m still trying to figure out how one reloads with this type of holster!

Search for Uncle Mike’s Kingston Car Seat Holster. There is also another company Bear Gum Creek, that makes a steering column holster mount. with both set ups a holster/mag pouch would make sense.

I’m totally against carrying spare magazines in your pocket, for two reasons:
1. Unless you carry it in a pocket carrier (like a pocket holster), the magazine will shift around, and grabbing it will be slow and awkward. In addition, you want to draw the magazine so you can immediately put it in your pistol, without shifting it around in your hand (you’ll probably drop it).
2. Foreign objects. When I was training officer for my agency, SOP was to load all six issue magazines, put one in the gun, two in the mag pouches, and the other three in the pocket to replace the first three in a later stage. One of my officers reloaded with a magazine she had just moved from the pocket of her BDU pants to her mag pouch, and when she dropped the slide, the gun wouldn’t go into battery and the slide couldn’t be racked. I had to take the pistol, put the end of the slide against the barricade, and lean on it to get the slide open. The reason? A thread had entered the magazine while it was in her pocket, and inserted itself between the barrel and the slide when she inserted the mag. The pistol was useless until we could field strip it and get the thread out of the action.
You do not want that to happen to you in a for-real fight. Buy a mag pouch, skinflint.