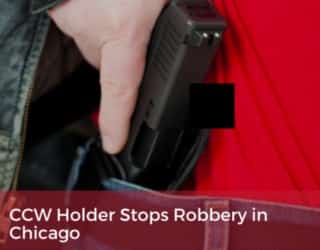 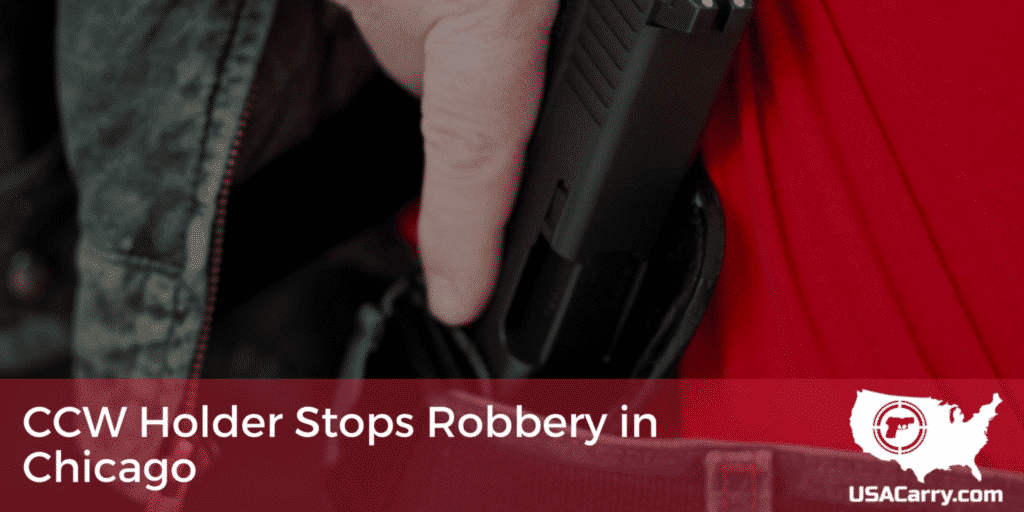 An armed robber in Chicago got more than he bargained for when a civilian with a concealed carry permit fought back.

The would-be robber, one Reginald Gildersleeve, was pronounced dead at the scene according to the Cook County medical examiner’s office. A full autopsy is scheduled.

Gildersleeve entered the story at around 7:00PM. He subsequently displayed a handgun to one of the employees and announced the robbery. When another employee entered from the back of the store, he pointed the weapon at her and then forced her into the back of the establishment, which serves as a currency exchange. At that point a customer drew his concealed handgun and fired, killing Gildersleeves on the spot.

The armed citizen was in possession of all appropriate licenses to own and carry a handgun, according to the Chicago police department.

The incident marks a rash of armed crimes in Chicago over Halloween weekend, despite the city’s stringent gun control laws.

When seconds count, the police are only minutes away. Good job citizen.