by S.E. Rakowski
in Articles
0 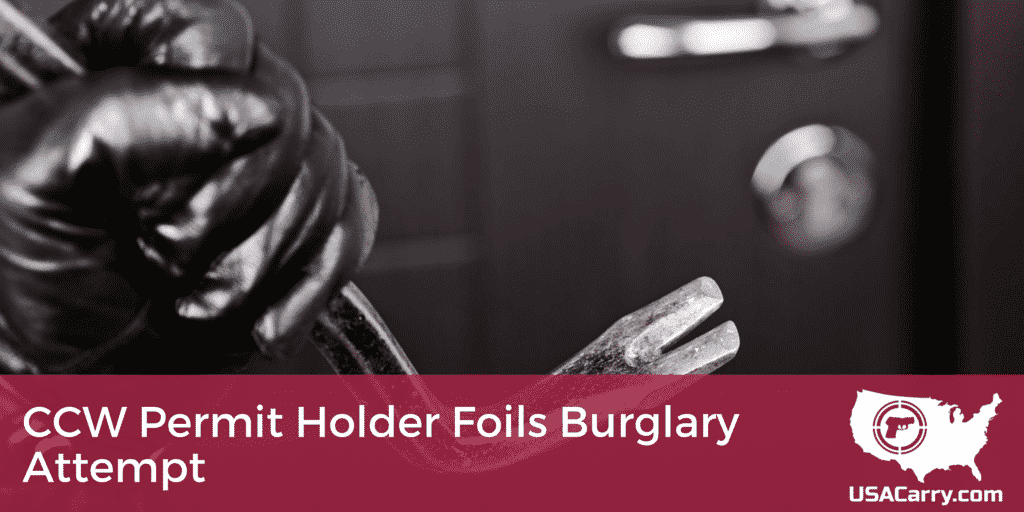 Firearms owners operate under the assumption they should be prepared to use their weapon, if necessary, but hope the occasion never arises.  When Terry Robbins, a West Virginia concealed carry permit holder, was asked to housesit for a friend, his readiness with a firearm foiled a burglary.

Robbins received a phone call from the homeowners asking him to go check on the house.  They had been alerted by their security company the home alarm system had been activated. When Mr. Robbins arrived at the house, he discovered two men, Jimmy Walker and Justin Blair, allegedly attempting to break into the residence.

Robbins yelled at the men “Freeze! Hit the floor! I will shoot you!” The would-be thieves tried to assault Mr. Robbins and, during the alteration, Robbins shot Walker.

Walker and Blair fled.  The duo was apprehended by police later that day.  Blair was found hiding at the home of a relative, while Walker was arrested at a nearby hospital where he was receiving treatment for the gunshot wound.   Family members of the accused said crime was likely motivated by drug addiction.

Law enforcement stated Terry Robbins acted in self-defense and no charges were filed against him.