One of Joe Biden’s platforms is something like a renewed assault weapons ban or something like it. Specifically, the proposed policy is to make semi-automatic centerfire magazine-fed rifles NFA items, requiring a $200 tax stamp to buy as well as one for each “high capacity” magazine.

Whether that will happen…remains to be seen. In fact, it’s not very likely, given the hurdles that would be involved in enacting it.

In fact, the original assault weapons ban of the Clinton administration effectively illustrates why that is. Not so much the act itself, but rather the passage of the act.

So, for the sake of those fearing DOOM!!!!!! let’s revisit the original Clinton assault weapons ban and the circumstances under which it passed, to better understand the political realities involved.

Remember, there are ideals and then there’s reality. You can believe in whatever political ideology you want, but it is not in Plato’s Ideal Plane where the sausage is made, so to speak.

This section was added to the 1994 crime bill in the wake of a number of mass shootings, most notably the 101 California street shooting of 1993 when a failed entrepreneur shot up a law office.

Resolved to do something about it, the ban was written into the crime bill.

What the ban did was to ban the possession, sale, distribution, and use of semi-automatic rifles that use detachable magazines and had at least two of the following features:

The act also banned certain pistols and shotguns, but we’ll leave that aside for the moment. The act also listed a number of rifles by name and model as being specifically banned despite not fitting the listed criteria.

However, the act did include a grandfather clause, meaning that any rifle that would otherwise be banned by the act but was legally purchased or possessed prior to the passage of the law in September of 1993.

In other words, if you bought it legally before the ban went into effect, it was fine. What the law did, in essence, was to forbid new manufacture as well as sale (obviously) of semi-auto, magazine-fed rifles as well as select pistols and shotguns.

But, again, this is also about how the act was passed as much as it is about what the law was and how this portends to our more immediate future. 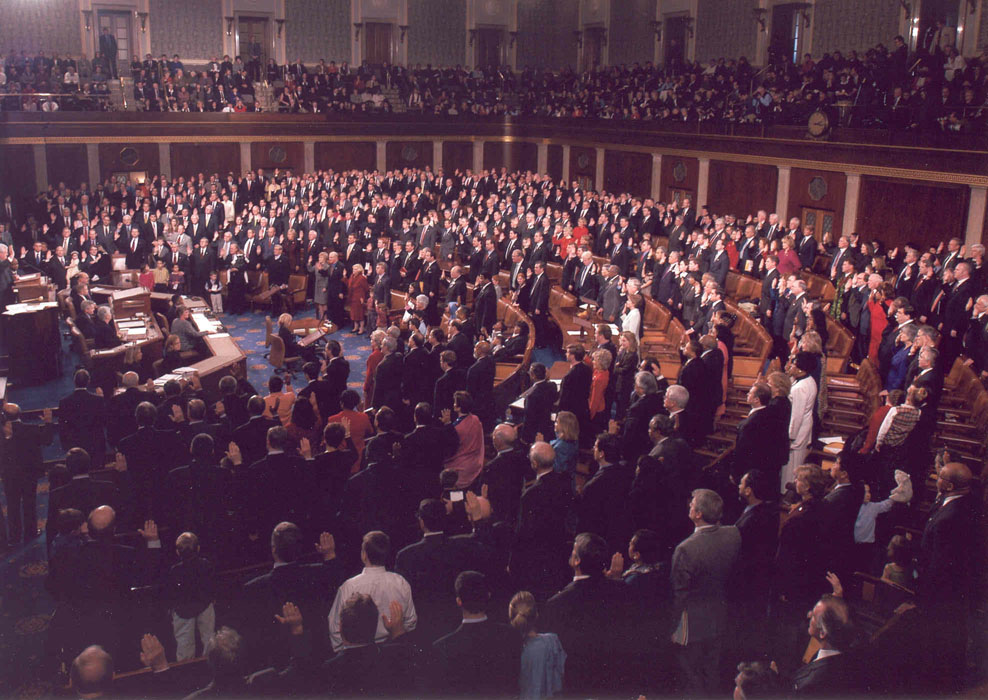 The act was passed by the 103rd United States Congress and in the second year of President Bill Clinton’s first term in office. Gun control had been part of his platform, and the first year of his administration included the passage of the Brady Act.

Let’s picture the early 90’s a bit better. One tends to think of Nirvana, Trapper Keeper notebooks, and Crystal Pepsi, but that’s not what life was like on the ground.

For starters, the United States was on the tail end of a violent crime wave that began in the late 1970s, culminating in a high watermark in the middle of President George H. Bush’s first term. Crack cocaine, and gang wars over its distribution was certainly a contributing factor.

The American public wanted something done about it and both then-President Bush AND his challenger William Jefferson Clinton promised gun control as part of their agendas.

Since then, violent crime plummeted precipitously; the intervening decades were a reduction in violent crime in the United States (and globally as well) by more than 50 percent.

The point being, the 1990s were a more dangerous time and especially in the inner cities.

Another factor to be aware of is that the 103rd Congress had a strong Democratic majority in both houses of Congress, 57 to 43 in the Senate and 258 to 176 in the House. In other words, Bill Clinton enjoyed a majority.

It should also be stated that the Republican party was at the time much more moderate overall and less hostile to gun control laws. Presidents Gerald Ford and Ronald Reagan both came out in support of the bill, which helped it to pass the house.

Congressional Republicans couldn’t have opposed it if they wanted to, given they were the minority.

While the bill passed without too much issue, it did contain some compromises, leading the bill’s author – Senator Dianne Feinstein – to decry it as such. The bill, such as it is, barely passed both houses, with only 52 votes in the Senate.

For one, a more sweeping ban was dumped in favor of banning weapons as well as “high capacity” magazines of new manufacture. Those that had been manufactured, purchased and possessed legally prior to the law’s taking effect were perfectly legal.

The sunset provision was also enacted, giving the bill a 10-year lifespan, subject to potential renewal if so desired.

Thankfully, it wasn’t, and the law lapsed in 2003 under President George W. Bush’s administration. In the intervening years, evidence has compiled that indicates it had basically no effect at all besides drive up gun prices on the second-hand market.

Why Joe Biden…Isn’t Likely To Pass A Second One 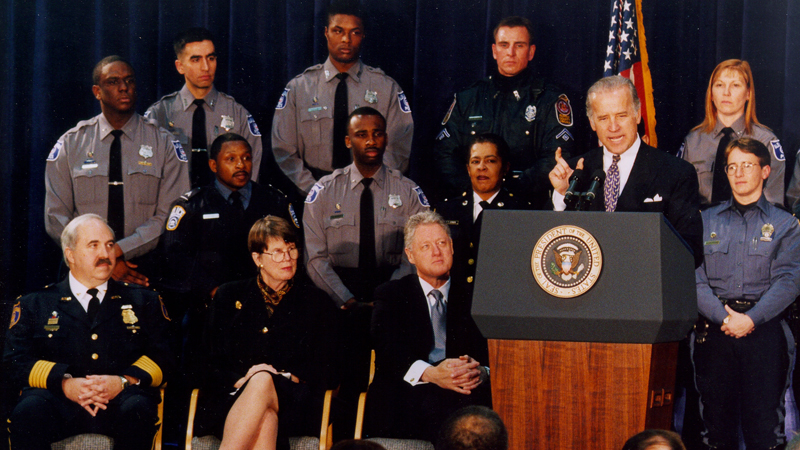 Any of us can rant and rave about Joe Biden being president until we’re blue in the face, but let us contemplate political reality.

Joe Biden is taking office amidst a pandemic, the worst in the United States since the Spanish Flu of 1918 to 1920. More than a quarter of a million people are dead, and it’s estimated to be close to half a million or more by spring. That’s bad.

Our economy is on the brink of recession if it isn’t already in one.

If you believe in it, we also have a global climate crisis in progress. Our national infrastructure, meaning the highways, bridges, and so on, is crumbling. The national debt is skyrocketing, and the purchasing power of the middle and lower class has declined at a rate unprecedented in western history except for when the collapse of civilization was imminent.

On top of that, Democrats only enjoy a slim majority in the upcoming term in the House of Representatives. The Senate will have either a razor-thin Republican majority or will be deadlocked at 50-50.

Joe Biden takes office with some very big issues to confront, each of which will be next to impossible to make any headway on let alone pass another assault weapons ban.

The point here is that the political climate is not the same. The pressing issues of today are not the same. In fact, there are very few circumstances in favor of Congress passing a new assault weapons ban.

So let us breathe a little easier about it. The prospects…are slim. So long, of course, as the current conditions hold.