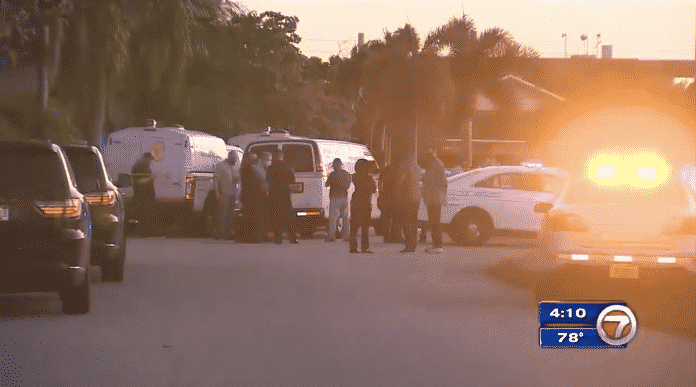 A teen was alone in his West Miami home when a man attempted to break into the rear of the residence. The teen called his parents to report what was happening. His father, a Miami Police officer, who was off duty at the time, was able to respond before the suspect gained entrance.

A witness said there was some kind of altercation as the father confronted the suspect in front of the home. Ultimately, the father fired upon the suspect who was later pronounced dead at the local hospital. The incident is under investigation.

Neighbors commented that they never hear about such things in their “very peaceful, very nice” neighborhood. Photos of the scene confirm that it could indeed be considered a “nice” area.

Nice neighborhoods are not immune to break-ins. After all, that’s where all the good stuff is located. And while it’s true that a lot of crime occurs after dark, many break-ins happen during the day when burglars are not expecting anyone to be home.

Do your kids know what to do if something like this occurs when you are not around? This teen apparently called his parents when perhaps the first call should have been to 911. Fortunately, he was able to reach his officer father quickly enough. Can’t blame the kid for trying to reach officer dad right away though.