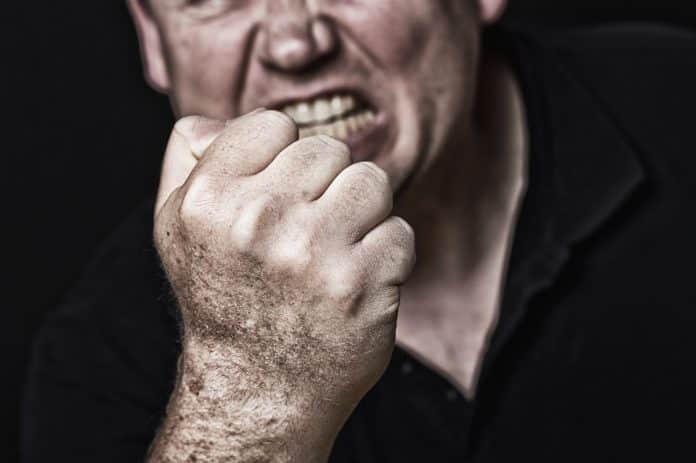 No doubt you’ve known the type. Brazen, nonchalant, never backing down from a fight. There are people out there in this world that don’t shed a second thought when it comes to exchanging blows with strangers. However, for the majority of us, to stay in that mindset is not sustainable.

Make no bones about, if you get into a fight, you have to be absolutely convinced that you will prevail. There’s no room for negotiation once you’re attacked. But, in this article, we’re going to separate out the wheat from the chaff when it comes to developing that close quarters mindset for hand-to-hand combat.

Rule 1: It’s Always You Or Them

When it comes to a fight, you have to believe that your victory is the only, best way to achieve peace. Nuance, details about feeling emotions for the other guy or guys assaulting you is going to get you hurt even worse. Surrender, the concept of throwing your arms up and hoping for mercy – this is a strategic move that only works when you trust your assailants to be merciful. And when can we do that? Safely, never.

Rule 2: Escape Is Only An Option If You Can Outrun And Outmaneuver Your Attackers

If you’re in a tight, confined area and don’t have either the advantage of speed or maneuverability, your only choice left is to fight. If you try to flee without being somewhat confident you can use either of those two elements, you’re just putting yourself in a worse position.

Criminals, thugs, and bullies look to use intimidation to psychologically weaken you before they strike the first blow. Either by exhibiting strength in numbers or a willingness to inflict severe brutality upon those who don’t surrender, your enemy will seek to get you to surrender.

Your assailant doesn’t want a fight. He wants an easy victory. Your job is to survive. And to do that, you can equally intimidate back by not giving up and not making yourself an easy victim by cowering and exposing yourself to your enemy’s assault.

Rule 4: If You Gain An Advantage, Use It

You have inherent strengths and weaknesses just like your opponent. If your opponent looks like a grappler or someone who is good once he gets his opponent to the ground, try not to give him that opportunity. If he seems to be more of a brawler and hoping that raw, brute strength will overcome, wear him down and stay out of range for as long as possible.

If you are able to wear down your enemy by failing to fall into his preferred method of close quarters combat, you lengthen your chances of getting out of that fight.

Rule 5: Your Enemy Will Give Himself Away

If you open your eyes and pursue training, you will steadily begin to develop the keen awareness necessary to see gaps in your enemy’s strategy – and then use those weaknesses to your advantage. A big strong guy that doesn’t guard his legs? Use it.

Every single non-professional fighter out there will exhibit some gap in his knowledge. Being subtle enough to pick up on these small details may give you the key to getting the upper hand. Once there, exploit to the nth degree.

The best way to make use of these rules is by applying them in your current and ongoing study of your martial art of choice. Studying a martial art is essential. This will give you the background experience necessary to pick up on subtle mistakes your enemy is giving away and make use of them. The best thing you can do for yourself right now is to pursue a program of martial arts that works with your preferred style and pursue it earnestly.