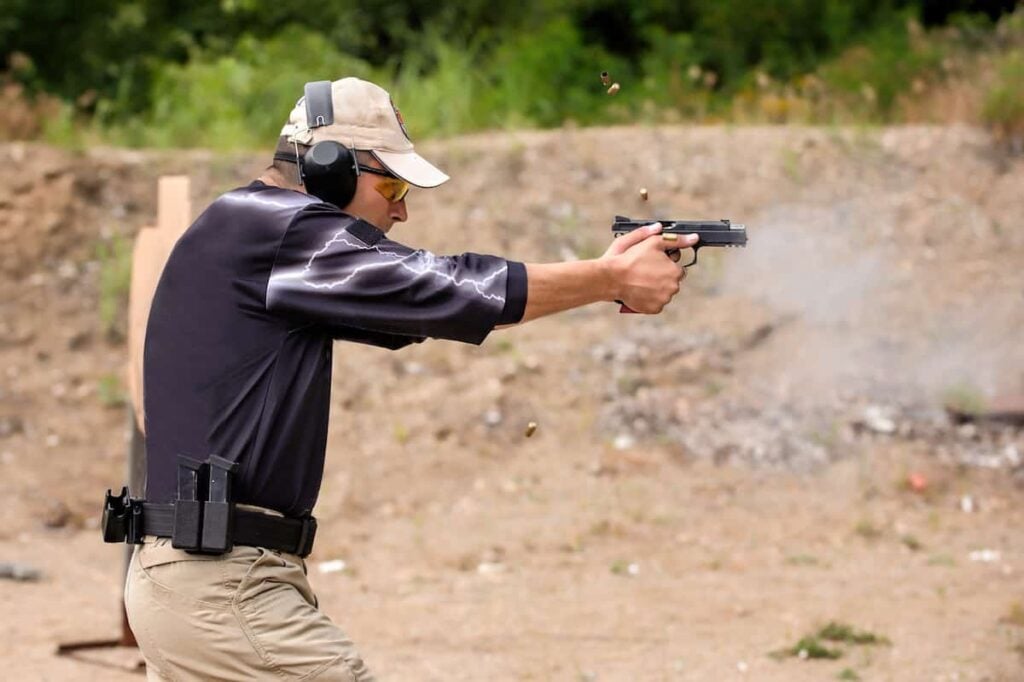 This seems obvious, but it’s been said over and over for good reason. And it’s going to underpin everything else I write here.

I would guesstimate that a great many folks first got involved with shooting either via the noble tradition of plinking or via competition shooting: 3-gun, skeet/trap, IDPA/IPSC, etc. I know I did; my first real exposure to shooting in my mid teens came via Boy Scout rifle competition.  And I’m grateful for that: it got me started in a safe and friendly way and drilled good gun handling and safety skills into my head forever.  However, over the last couple decades we’ve seen a rise in the number of folks predominantly interested in tactical or self-defense shooting, and a wave of training schools designed to teach the related techniques and skill sets. Thus my question: does competition shooting in whatever form enhance “real world” self defense/CCW/tactical shooting?

It’s pretty clear to me that competition shooting can teach good—great—fundamentals: sight picture, trigger control, draw/presentation, and the like.  Competition training can teach you to shoot at speed, engaging multiple targets along the way. In the right setting, you’ll learn something about tactical movement, weapons transitions, mag swaps, and malfunction drills while facing the pressure of competition time constraints. For most of us, competitions are the only place we can practice drawing, firing while moving, and other “tactical” stuff.

And that’s where the benefits end. The drawbacks aren’t insurmountable, but we need to talk about them.

Competitions are just that: organized contests with a shared rule set and defined goals for “winning”. As such, participants start to build their approaches, skills, and techniques to best meet those particular goals while meeting the standards of that particular list of rules. I’ve noticed—as have a great many other commentators before me—that competitive shooters tend to train with gear best suited for the requirements of their particular sport.  That’s fine for competition or gaming purposes, but it does make for a marked difference between that context and a self-defense shooting. Depending on the competition, your sporting gear may look nothing like your EDC/CCW, or it may be exactly the same kit.  This, naturally, has some effect on the benefits gained from competition training.

Note: I’ve read all the stuff about how “competition shooting will get you killed on the street”. I don’t buy it as a fait accompli. No, competitions aren’t tactical training, but neither do they ignore it. They build good skills; let’s leave it there.

The second key difference I can see is a bit more nebulous. The mindset around competitive shooting is that of a sporting event. You train, you practice, you show up at the appointed place and time. You deal with the stress of competition and the mind games other competitors employ.  Victory is fun, defeat is a learning experience. By contrast, while you can train for self defense the time and place will likely be of someone else’s choosing. In competition you’re (hopefully) well rested and mentally ready; in a tactical/self defense situation you’ll be where you are when it happens: at home, woken suddenly at 2AM; walking out of the office after a long day at work; navigating to your vehicle in a parking deck after a nasty fight with your significant other. You’ll have to get in the game, and fast, from behind the power curve.

You choose competition, whereas self-defense situations tend to happen when trouble chooses you. So while competition builds great skills, it won’t give you everything you need.

Again, just one person’s thoughts and I’d like to hear yours in return. Drop me an email or jump into the comments section and let me know how your experiences have borne out.

The Lunatics are Running the Asylum