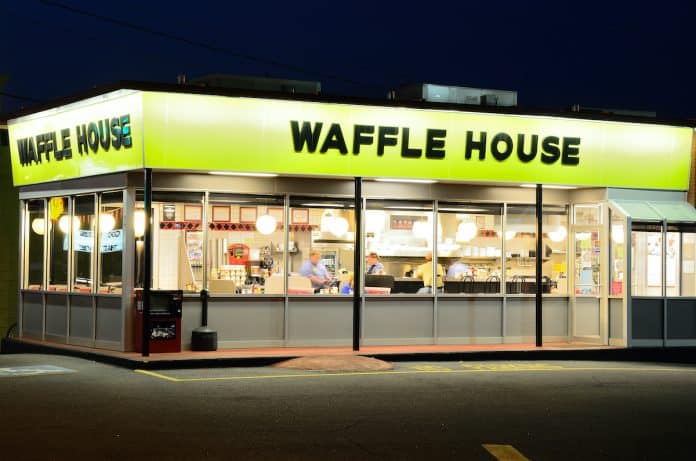 A concealed carrier was a customer at a Waffle House restaurant in Columbia, S.C., around midnight recently when two men, a 19-year-old and a 22-year-old, entered the business, drew guns on the cook and demanded money.

The concealed carrier confronted the robbery suspects, and a gunfight ensued. Multiple shots were fired, but fortunately, no injuries were reported. The suspects fled the scene but were eventually tracked down and arrested with the help of K-9 units.

Would you have stepped in to defend the restaurant employee? We don’t know where the concealed carrier was in relation to the suspects at the time they pulled their guns. Was he seated somewhere nearby, or was he at the counter paying his tab? His proximity to the event could have certainly affected his decision to intervene.

Would you have a legal right to come to the cook’s aid? Yes, you would, but before you jump to a conclusion, try to realize what could be at stake if you did.

This thing turned into a gunfight. That’s a fight you could lose. Or you could be seriously injured. Especially considering it was a two on one fight. What if other innocents were hurt by your missed shots? Or the missed shots of the suspects? Could you eventually be faced with a civil lawsuit from other injured parties?

Unless your life is personally being threatened (or, of course, the lives of loved ones), choosing to get involved means you are taking on both physical and legal risks that you weren’t facing a moment before that choice.

I am not trying to tell you what to do, but whatever your choice, make it while being aware of the risks involved.