Concealed Carrier Stands His Ground, Fires Back at Suspects that Shot His 13-Year-Old Cousin 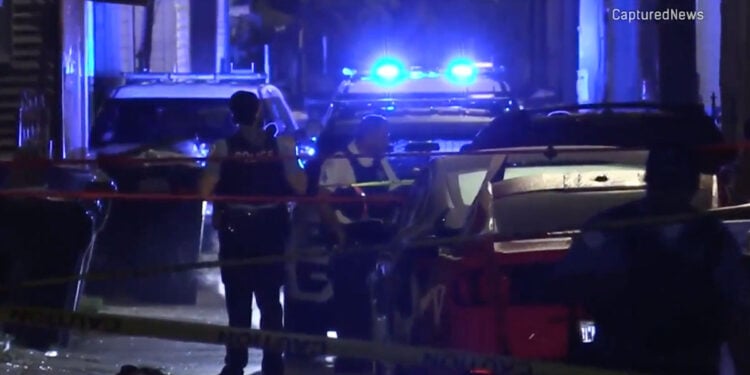 A 13-year-old is recovering from two gunshot wounds to the head after being struck by gunfire by two suspects in Chicago this past Tuesday.

A 21-year-old man with an Illinois concealed carry permit was attending his grandmother’s birthday party on Tuesday night in the 1800 block of W. 21st Place in Chicago, IL.

Some of the people attending the party went to the alley behind the house to look at a new car one of them had recently purchased. Suddenly, the rest of the family heard the sound of gunfire, which they initially thought were fireworks.

The 21-year-old saw his cousin’s face, which he said turned weird, and then noticed two shooters toward the end of the alley. That’s when they all noticed and heard bullets whizzing by their head.

“We start hearing [whizzing sound], and then the light post starting making all these weird noises, so we’re like, ‘oh, this is serious,'” the man said. – via WGN-TV

That’s when the -21-year-old drew his concealed carry gun and fired at the suspects. Neither suspect was hit and fled the scene.

The wounded 13-year-old was transported to the hospital and was in critical condition. But the good news is that the boy opened his eyes and had a little moment.

“His brother called us,’ he said. “[The 13-year-old] opened his eyes, and he has a little movement, so he’s doing good, and thank God I had faith. I just want him to get better.”

We talk about always carrying concealed. Yes, this means even at your grandma’s birthday party. You never know when something will take a turn for the worse. This incident sounds like possibly an attempted robbery of the people that were in the alley looking at a new car, something I’m sure you could see yourself doing with another family member.