by Luke McCoy
in Articles, DGU
1 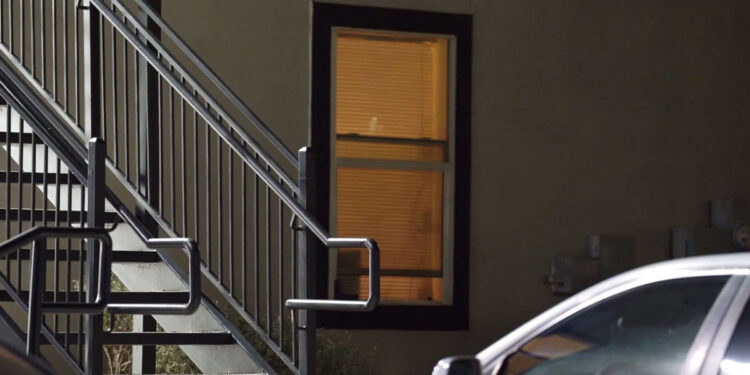 Police are on the lookout for a peeping tom after a father took a few shots at him.

Around 10:30 PM last Wednesday, a girl whose age was not reported noticed a man staring at her through her bedroom window in San Antonio, TX. She immediately left the room and told her father.

The father, armed with a handgun, went outside to investigate and found the man standing by his daughter’s window. When he confronted him, the suspect pulled out a knife and lunged at the father, who then drew his gun and fired shots at the suspect.

After arriving on the scene, the police searched for the suspect, described as a man in his 30s with a beard. Even with a police helicopter, they were unable to find the suspect. They also stated that the father isn’t expected to face any charges.

I can imagine the emotions that would be running through me if I found out someone was looking at my daughter through her window. But I think the best way to have handled this situation is to stay inside and secure and call the police. I know there will be tons of comments that disagree, but what would have happened if the father went to investigate and wound up getting stabbed by the suspect? Then would it have been worth it? No.

Concealed Carrier Stands His Ground, Fires Back at Suspects that Shot His 13-Year-Old Cousin

It’s obvious the father did not have any training. To approach the suspect without his gun drawn was a huge mistake. Suppose the peeping tom had a gun and had it in his hand. Game over. The second clue the father had no training. The suspect got away. The father either missed at close range or hit non vital areas which allowed the suspect to get away. Just owning a gun doesn’t give you an advantage unless you know how and when to use it. Should he have stayed inside? Yes, he didn’t have the skill to use his gun.