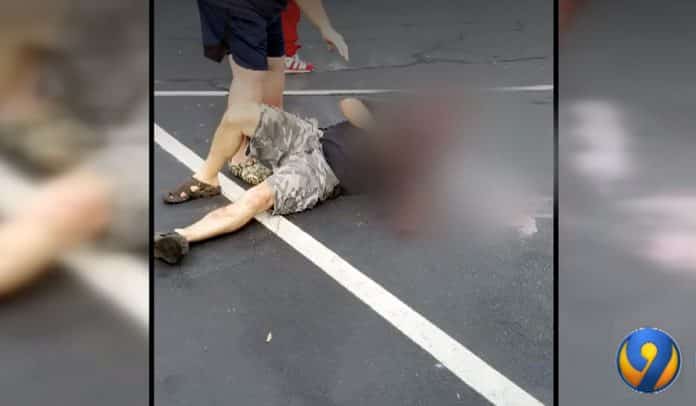 This story comes out of Fort Mills, SC where a man was ramming his truck into other cars in the parking lot of the Crown Plaza off Regent Parkway this past Sunday.

It is unclear why the man was ramming other cars but according to witnesses, he was completely destroying other cars and pushing them into a column of the building. When the suspect got out of his car, a man with a concealed carry permit decided to pistol-whip him and hold him at gunpoint until police arrived.

But when he pistol-whipped the suspect, he also discharged the gun. Luckily for him, the round didn’t hit anyone and the police didn’t charge him of crimes. One of the witnesses said, “I thought he shot him, but he had pistol-whipped the fellow and that’s what made the gun go off,” said witness John Simpson via WSOCTV.

The suspect was brought to the hospital and charges are currently pending.