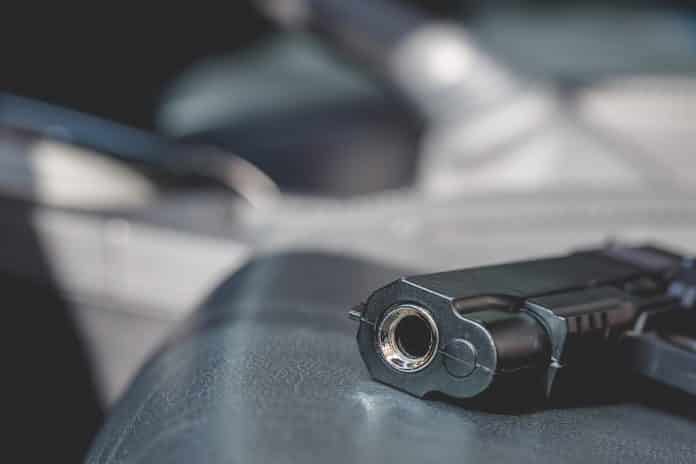 Road rage is a problem, and it is incidents like these that remind me to keep calm when out on the road. Even if you did nothing wrong, it is better to swallow your pride and let things go. Especially for us as concealed carriers. You never want to put yourself into a situation that could escalate into you having to use your gun in self-defense.

After reading several reports, it is unclear what started the altercation. But the aggressor who was a passenger of a gray Toyota sedan was giving the driver of a blue Subaru the finger, cursing and spitting at him and then got out of his car, according to a report by KREM2.

As he was advancing, the man in the blue Subaru, who had a concealed carry permit, loaded his handgun in sight of the aggressor. So lesson one, keep your handgun loaded. Luckily it seems that he had time to load his gun. But don’t count on having the luxury of time. Don’t believe me? Check out this article we published earlier this year, “Stop Carrying Concealed with an Empty Chamber!“. There are two videos that show perfect examples of why you should always carry a loaded concealed carry handgun.

Apparently seeing the man load his firearm enraged the aggressor even more. He continued to yell at the man in the Subaru and also told him to shoot. He then reached into the car and started punching the driver in the face. Fearing that the man would take his firearm, he shot the man in the chest.

Now, two things jumped out when I read this story, other than the fact that his firearm wasn’t loaded. The fact that the man was able to reach into the car. Why would you have your window open while someone was advancing toward your car? And why would you stay there? By the looks of the intersection, he should have been able to drive away. You want to avoid a confrontation at all costs. So let go of your ego, roll the windows up and get out of there.

After shooting the man in the chest, the concealed carrier panicked and left the scene. Once he was in a safe location, he called the police. After interviewing the shooter and witnesses, the police determined he acted in self-defense, and he was not arrested.

The man that was shot was taken to the hospital and is in serious but stable condition.

While this incident ended with the good guy going home, he now has to deal with the effects of having to shoot someone. I would have him get out of the situation before he had to use his gun in self-defense.

Yes, I know it is easy for us to be a “Monday morning quarterback,” but it is incidents like these that allow us to take a closer look and learn from them. If you are interested in more Gun Use Breakdowns, check out my playlist on the USA Carry YouTube channel where I review security footage of shootings and talk about the lessons we can learn from them.