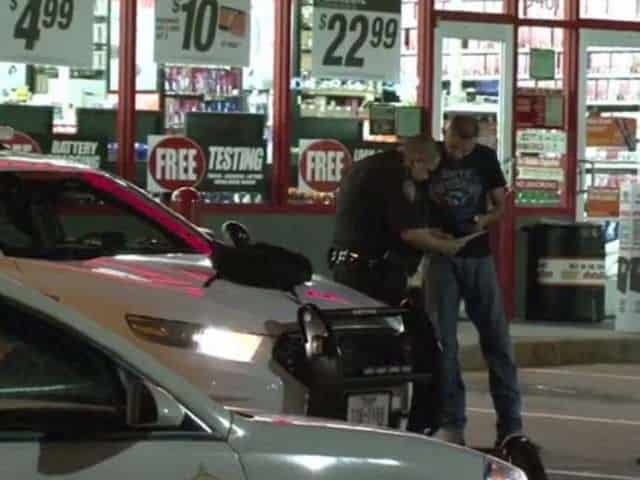 Three armed robbers thought they had picked an easy target when they tried to rob a Houston-area AutoZone store on Friday night. That is, until a concealed carrier pulled into the parking lot.

The Texan with a License to Carry (LTC) saw the robbery from outside, drew his handgun and entered the store where the robbers were demanding money from the register.

The man ordered the robbers drop their weapons and get down on the floor. The robbers complied and were held at gunpoint until the police responded.

The three robbers are now probably facing felony charges for Aggravated Robbery with a deadly weapon.

The Harris County Sheriff’s Office deputies praised the actions of the concealed carrier and stressed, though no one was injured, that such a dangerous act could have ended tragically.

AutoZone has a strict no weapons policy for employees. So strict, in fact, that they fired an employee for retrieving his weapon during a robbery several years ago.

I also work for an auto parts store on the weekends. Employees are not allowed to carry weapons, including knives. The only consolation is the number of customers I notice who do carry, either openly (as allowed by Georgia law) or when I see the weapons license in their wallet as they pay.

This is just a simple reminder that we may sometimes have to rely on the kindness of a well armed stranger.

Would you enter the store if you saw a robbery in progress? Let us know in the comments!