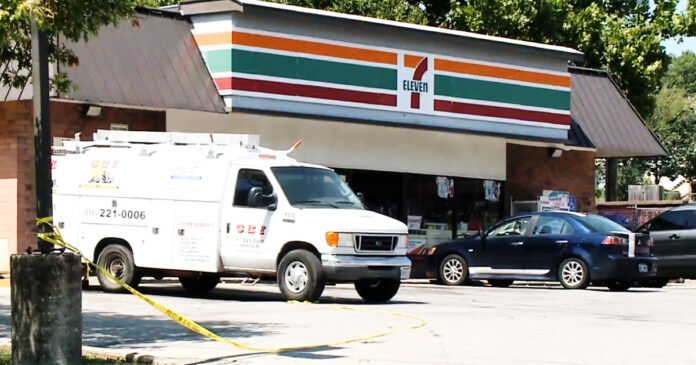 A Missouri man was shot when he attempted to intervene with his own weapon during an overnight armed robbery at a 7-Eleven in the Grandview, Mo. area.

Officers found the man with gunshot wounds and learned that two armed men were robbing the convenience store. The good samaritan had noticed the robbery in progress and grabbed his weapon in hopes of intervening successfully.

The victim instead exchanged gunfire with at least one of the gunmen, who then struck him at least once, police say.

The gunmen are not known to have suffered any physical injuries from the victim as they are still at large. The victim was treated at an area hospital and is expected to survive.

Whether or not you are carrying a weapon, there is much risk when trying to be the hero of a conflicted situation.

Before engaging in the defense of someone else, or as in this situation, to stop an armed robbery, you have to realize that you are risking your life by doing so. Fortunately, this victim is expected to be okay, but he easily could have lost his life over this.

We don’t know if maybe the suspects had their guns focused on the cashier and the concealed carrier found an opportunity to draw. But in general, drawing from the drop is already putting you behind the curve.