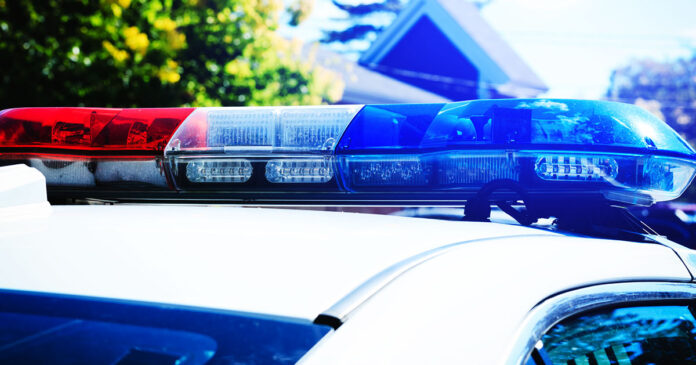 A mother was at home in Humble, TX, taking her children, ages 7, 12, and 16, to their first day of school. As she walked out the front door, she was approached by her estranged husband, and the confrontation quickly escalated. She ran back into the home where the husband allegedly began assaulting her.

“We don’t know what his intention was. It quickly escalated. She ran inside the home. He gave chase. Allegedly while inside the home, he began assaulting her,” Sheriff Gonzalez told reporters during a media briefing at the scene.

At some point, a firearm was produced, and shots were fired at the husband. Police did not appear to know for sure where the weapon came from at the time of the press conference.

When deputies arrived, they attempted to render aid and CPR on the man but he was later pronounced dead at the hospital.

Sheriff Gonzalez giving a media update on a fatal domestic incident in the 7800 block of Peacock Park Ln. A 40 year old male is deceased. #HouNews pic.twitter.com/wiqYy48Vs1

Sheriff Gonzalez said this was not the first-time police responded to the residence about a domestic disturbance. The husband had been recently released from a related warrant and was awaiting court.

“It’s our understanding there’s been a history of domestic violence, perhaps between the homeowner and the individual,” Sheriff Gonzalez told reporters.

Authorities said the wife is cooperating and has not been charged in the shooting. The incident continues to be investigated, and findings will be referred to the Harris County Grand Jury.

“Really a sad situation,” said Gonzalez. “Early in the morning, [it’s] first day of school for many who live out here.”

It is unfortunate the children were there at the time of the shooting but thankfully, the mother could protect herself and the children from what could have been a fatal outcome to all.

@HCSOTexas units responded to a shooting at the 7800 blk of Peacock Park Drive. Preliminary info: an adult male was shot multiple times by a family member at the location. The injured male has been transported to a hospital in critical condition. #HouNews pic.twitter.com/c1NhpDJnv9