Concealed Carriers are NOT Innocent Until Proven Guilty in Florida 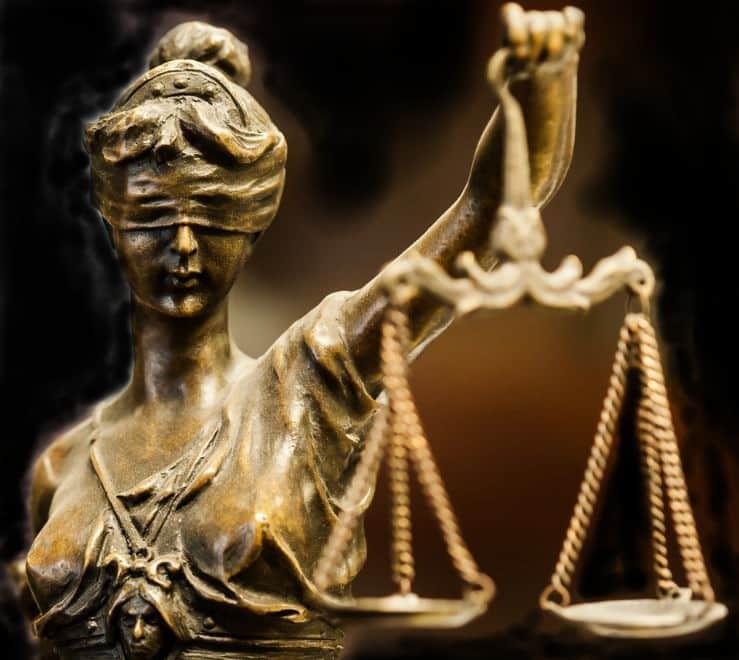 Are we INNOCENT until proven guilty by the prosecutor when we use our licensed concealed carry gun for self defense when threatened with death or great bodily harm?

Or are we GUILTY until we prove ourselves innocent whenever we use our gun in a self-defense situation?

It certainly makes sense to me, a legal layman and non-attorney, that an accused defendant is first INNOCENT until proven guilty, when they used a handgun to defend their life or to avoid great bodily injury in the United States. After all, we still do have in existence the Second Amendment to our great U.S. Constitution (USC), which gives us the right to “keep and bear arms” for our self defense. And the 14th amendment to our USC guarantees to every person “equal protection under the law.” The Due Process Clause requires the government to respect all rights, protections and statutes before depriving anyone of life, liberty or property. Is the presumption of innocence a legal right of the accused in a criminal trial? Here in Florida, as in other states, there is much concern about this. Perception is reality.

The “presumption of innocence” to me is one of the most basic legal foundations and scared principles in our American criminal justice system.  I generally understand as a non-attorney that this important principle means that the prosecution or the State must prove, beyond a reasonable doubt, each essential element of the crime charged or the justifiable use of a weapon by someone in their own self defense.

Briefly, it means that this presumption shifts the burden of proof onto the prosecution to affirmatively prove that you committed a criminal act when you used your gun in self defense because of a threat to your life or great bodily injury. The prosecution should present compelling evidence of guilt beyond a reasonable doubt, but if reasonable doubt remains, you the accused and user of your gun for self defense should be acquitted.

But it is NOT that way right now in Florida. Florida law presently has the requirement that defendants bear the burden of proof at self-defense immunity hearings. Yes, that you as a defendant are GUILTY until you prove that you used your gun justifiably in a self defense situation. Even if you strongly and sincerely believed that your life was being threatened or that you would incur serious, great bodily injury if you did not respond using your licensed gun. While Florida over many years has had a low crime rate and has been strongly committed to Second Amendment rights and self defense, at this time it exists in Florida that you must take the initiative and PROVE that your use of deadly force with your licensed carry gun was necessary at that instantaneous moment you responded to the “bad guy’s” threat with your legal weapon. You as the defendant must bear the burden of proof for your self-defense actions that you believed were purely legal and reasonably justified at the time against a real threat.

This means that certain defendants who would be (and in my opinion should be) entitled to acquittal at trial will be deprived of immunity from trial and CONVICTED. Some folks who believed very sincerely that they were acting in proper self defense will go to trial and be convicted. I understand that Judges are not allowed to consider self-defense claims at sentencing. With the State bearing the burden of proof, there could be more pe-trial acquittals and the Stand Your Ground (SYG) law (Fl Statute 776.032) would better support immunity in self-defense situations. To this legal layman, pre-trial hearings are held in SYG cases to determine whether defendants are immune from prosecution and can go free.

“The issue in this case arises from Florida’s “Stand Your Ground” law, section 776.032, Florida Statutes, which provides for immunity from prosecution when a defendant has used force in accordance with certain specified statutory circumstances. Specifically, we address the burden of proof in a pretrial evidentiary hearing where the defendant has filed a motion to dismiss, claiming this statutory immunity from prosecution.”

Here is a brief summary of the case background:

An Indiana family, the Brethericks, were driving in Florida on their way to DisneyWorld and were involved in a road rage incident. Jared, age 22, and his sister, age 13, were in the back seat of a Chevy truck as their parents, both disabled veterans, were driving to a Christmas vacation in DisneyWorld.

A Florida man Derrick Dunning, driving a Cadillac Escalade, was reportedly driving recklessly through traffic at a high rate of speed. After Dunning almost collided with the Brethericks while swerving toward their truck, the driver, Ron Bretherick, responded with his horn and Dunning did not like it.

Dunning stopped his Cadillac in the middle of the highway in front of the Bretherick’s truck, got out of his vehicle, and walked toward the truck. The Bretherick’s said they felt threatened. Jared got his Dad’s gun from the glovebox and the wife called 911. As Dunning approached, the Dad held up his gun and Dunning returned to his vehicle saying ,”I got a gun too.”

Jared grabbed the family gun and got out of the truck and there was a standoff between the son Jared and Dunning. The Dad was immobile due to the nature of his disability. Then the police arrived 10 minutes after the 911 call by the wife. Despite witness statements, Jared Bretherick was arrested for aggravated assault for allegedly pointing a firearm, a deadly weapon. Police found no weapon in Dunning’s Cadillac.

Bretherick claims he felt threatened by the other driver, while the State alleges that the threat was insufficient to justify the threat of force. Bretherick was denied immunity, and appealed, alleging that Florida’s requirement that defendants bear the burden at self-defense immunity hearings was improper. Instead, Bretherick argued that the state should bear the burden of proof. In July 2015, the Florida Supreme Court ruled 5-2 in favor of the State, upholding the defendant’s burden of proof responsibility in self-defense immunity hearings. The majority ruling reaffirms that the use of force was not legally justified by the defendant.

“By imposing the burden of proof on the defendant at the pretrial evidentiary hearing, the majority substantially curtails the benefit of the immunity from trial conferred by the Legislature under the Stand Your Ground law.”

After this decision, to me law-abiding gun owners and concealed carriers in Florida are now more vulnerable to prosecution and conviction for acting in self-defense. Remember, I am not an attorney and am not giving legal opinions or legal advice. I understand that some defendants who would have been granted immunity if the State bore the burden of proof will be denied immunity and forced to go to trial where some will be convicted. Some of them would have been acquitted by a different jury. But very many people who sincerely believed that they were acting in proper self defense to a threat WILL be convicted because of the process and the defendant’s burden to prove their righteous personal protection behavior. Of  course, the complexity of what is “reasonable” for one and not for another complicates the process and allows room for error, subjectivity, and interpretation.

The legislature needs to correct this and reaffirm the rights of Florida’s gun owners and concealed carriers by fixing the law to shift the burden of proof in immunity hearings to the state and allows judges to consider self-defense claims at sentencing. A judge should be able to take into consideration genuine self-defense claims and personal factors by the defendant and depart from a demanding, concrete, and applicable mandatory sentencing.

What do you think?

This very week in the end of March, a Florida House is poised to make a decision about the Burden of Proof in Florida. The Florida Senate has passed their bill to change the Burden of Proof from the defendant TO the State, so the House must decide this critical issue and their bill. It is time that we reaffirm and support the idea that an individual using his gun for lawful self-defense purposes in a threatening situation does NOT bear the burden of proof and is INNOCENT until proven guilty by the prosecution. What will the Florida House of Representatives decide for our future, for Stand Your Ground, and for our right to bear arms when threatened? Let the legislators know your opinion. What is your opinion about this?

© 2017 Col Benjamin Findley. All Rights Reserved. This article may not be reprinted or reproduced in whole or in part by mechanical means, photocopying, electronic reproduction, scanning, or any other means without prior written ermission. or copyright information, contact Col Ben Findley at ColBFF@gmail.com.