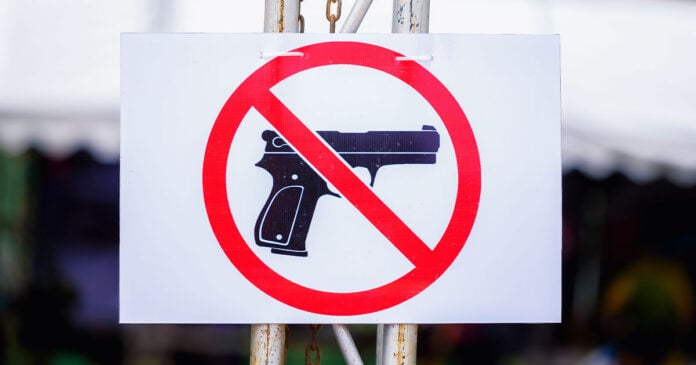 The Foothills Parks and Recreation District (FPRD) wants to support a ban on concealed carry within their grounds despite only 3 gun-related incidents on their grounds the last 10 years.

What would that mean for concealed carry holsters? Well, from Complete Colorado:

Referring to the three incidents, none of them were concealed carry related.

The first involved a man showing up with a gun to attack his wife allegedly. It was initially alleged he was armed with a handgun but was later found to have had a rifle. Reports stated the whole incident took place outside the facility, and the man was arrested and charged with kidnapping.

The second incident occurred when a man left a firearm in the bathroom stall at one of the facilities. The concern was that many people, including children, go through the public bathroom throughout the day and night. Ironically, there is no evidence the man who left the firearm there was a concealed permit holder. Whether or not he was, no Colorado law says committing this action is a criminal offense.

The third incident occurred in July this year, a shooting at Clement Park involving an 18-year-old and a juvenile, in which neither are old enough to hold a concealed carry license.

These incidents do not have supporting or any lenient evidence that would support a concealed carry ban.

Jefferson County Sheriff Jeff Shrader has sent a letter to the FPRD board stating the office would not support such a ban.

“I have substantial concern in taking action against an individual who is otherwise acting in a legal and proper manner,” Shrader said in part in the letter. “The law is clear that for special districts, a violation is a civil offense and not a criminal offense; therefore, my office will not enforce a resolution or rule that would ban a lawfully permitted individual from carrying a concealed handgun on Foothills’ property. Rather, Foothills would be solely responsible for enforcement of a resolution or rule, if enacted.”

It would be an obvious shot against the 2nd Amendment if this ban were to be enacted. The [minimal] incidents have not involved concealed carry holders, so enacting the ban takes away the right to bear arms from the majority of these law-abiding citizens.

Shrader’s office has issued 19,000 concealed carry permits since 2016, with another 12,300 renewed. Permits issued on average doubled in 2020 and are already on pace to be even more increased.

Enforcing a concealed carry ban with little to no sufficient evidence really altogether is unlawful to the growing number of citizens expressing their 2nd Amendment right in a lawful manner.

The board meeting about this ban will be discussed today, Aug. 24, at 6 P.M. The district’s website has information on the meeting and how to participate and comment.