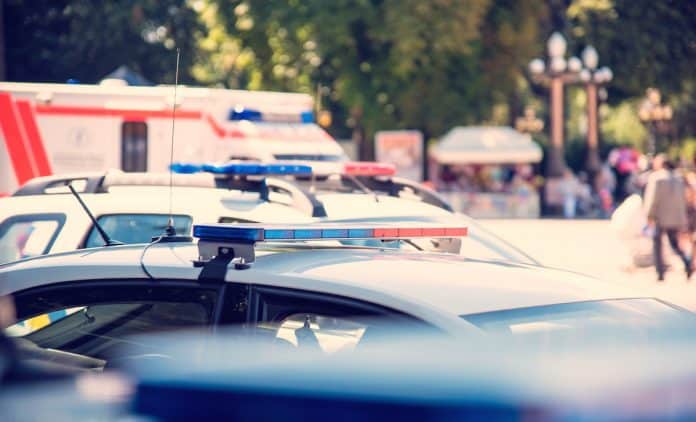 The customers of a Kerrville, Texas Subway restaurant almost witnessed a murder a couple of Fridays ago at about 8:15 PM when an altercation broke out. Most of the customers wisely left the scene but one man, a concealed carry permit holder, decided to stay and try and break up the fight.

Unfortunately, the fight escalated as one of the men pulled a knife and began stabbing the other. This is when the concealed carry holder went to his vehicle, got his gun, and went back into the restaurant where he held the attacker at gunpoint, stopping the attack. The victim was stabbed at least three times but is expected to recover.

The police thanked the concealed carrier for his actions saying:

“The Kerrville Police Department would like to thank the citizen for his heroic actions to stop the assault.”

In this case, a Good Samaritan ended up a hero but let’s examine the risks he took to get there.

First of all, this was not his fight, to begin with. While it’s admirable to try to break up a fight, did our hero know one of the men would pull a knife? What if the attacker had turned on him after he stabbed his victim a couple of times? Any time you engage in any sort of fight there is always a chance that you could wind up on the losing side of the ordeal.

Once the stabbing starts, he leaves the scene but then comes back with a gun to try to stop it. He was successful but what if the attacker had forced him to shoot? Yes, it’s lawful to come to the aid of others but leaving the scene to get a gun and come back can put your self-defense claims in jeopardy. If he had shot the attacker could he have faced a civil lawsuit from the attacker’s family seeking monetary damages?

I’m not saying that he shouldn’t have stepped in to help. I’m not suggesting that he should have stood there safely outside the restaurant and watched someone be stabbed to death. What I’m saying is to understand the risks involved in intervening before you face such a situation. Just what and for whom are you willing to risk your life, your fortune, and possibly your freedom?