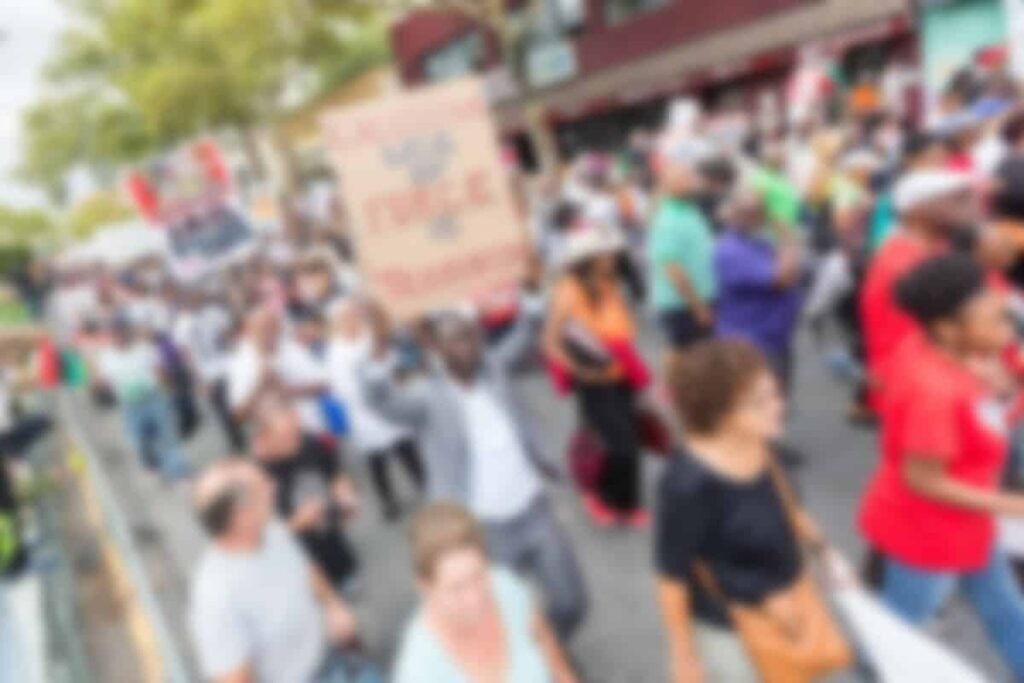 This article was submitted by a USA Carry reader.

It’s becoming increasingly common to hear about individuals sucker punching or assaulting other folks in the street. Maybe it’s a demonstration turned sour or just sour people that wind up at a demonstration, but there is cause for the concealed carrier to take extra precautions for his own safety.

Recently, a concealed carrier in Portland, Oregon, pulled his handgun in what he believed to be self-defense during a tense political protest. The police and courts didn’t agree with him. Now, he’s facing a ridiculous number of charges related to what may be argued his attempt to withdraw from a dangerous situation.

In another demonstration at UC Berkeley, one man was allegedly critically injured by protesters who overran the barricades at a scheduled talk on campus. Video taken from the event (see below) leaves it hanging in the air whether or not his assailants indeed killed him or just put him into a coma. What we do know is that the demonstrators surrounded him, beat him to the ground, and continued to assault him after he was down.

These are the realities of the situations many people are being placed into. You used to just be able to show up to a show from an entertainer or attend a political rally without much thought to violence. Now, it is a serious consideration.

To make matters worse, some court systems may detrimentally view a person’s right to self defense.

We can argue the semantics as to whether or not this country is proverbially heading into some hellish political, dystopian nightmare or we can take a more pragmatic view on our own personal safety. Personally, I don’t intend to take those types of chances with my own life. I don’t know too many people who can afford to get a second mortgage for their home to pay the high retainer on legal counsel and I certainly don’t know anyone who would risk their own health and well-being, as well as that of their family, to risk getting caught up in a swarm of violent protesters.

I firmly believe in the First Amendment right alongside the Second — and the right to assemble peaceably is included in that. Some states have specific laws against openly carrying firearms at demonstrations and protests. As a concealed carrier, my job isn’t to become a target.

Pay attention to the police. If they order an assembly to disband, do it. If your party still wants to be involved in the demonstration, they can do whatever they want but you definitely shouldn’t be caught up in it. It’s a bad situation to put yourself in the position where you can be arrested and then try to explain to the officer that you have a gun on you.

If you are, for some reason, arrested during a demonstration, definitely inform the police officer you’re a licensed concealed carrier and you have a gun on you. Make sure to follow that statement up with a request to speak with an attorney.

Do not get involved in heated exchanges. As a concealed carrier, be conscious about the escalation of force. As mentioned in the Portland case, just because the concealed carrier may or may not have received threats, gotten pushed or even hit — none of these things justified his actions before the judge. If you have the physical capability of leaving an escalating situation, you are beholden to do so. Even if you have every belief that what you are doing is right, you could still face ridiculous costs that can jeopardize your job, your home, and your family’s well-being.

Do I like the situation we’re faced with presently? No. But I have people who depend upon me and I can’t afford to lose my home fighting charges. I’m not inserting myself into situations that can quickly escalate into life-or-death and I’m not going to spend my hard-earned savings trying to convince a judge and jury my actions were justified unless I absolutely have to.