by Salvatore
in Articles, Self-Defense
0 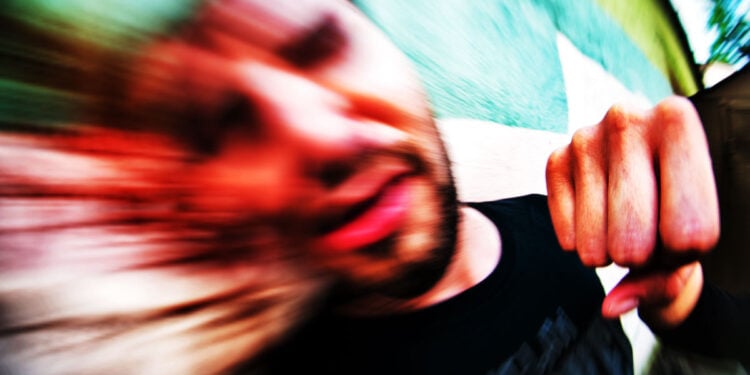 As civilians interested in defending ourselves we face the reality that most criminal aggression comes with little, if any, warning. When a citizen faces violence he or she typically must react to a dangerous threat that materializes quickly. Some threats warrant a lethal force response, many do not. Having a good skill set with your open hands is a wise insurance policy. Not all hostilities justify a lethal response with a deadly weapon and many incidents do involve the need for hand skills to be able to access a weapon. Here I wish to discuss two basic but essential elements in the unarmed skill set that are very important for a capable self-defender.

What I like to refer to as counter-assaults are essentially pre-fabricated reactionary moves that both block against incoming attacks and simultaneously land an attack. This is an effective form of self-defense for many reactionary incidents that you may face. There tends to be very flawed doctrine that comes out of many formal martial arts that encourages multi-step moves to combat any given attack. The consistent flaw here is that such techniques look good against a static opponent in the dojo, but don’t work against a live and rapidly moving adversary. Counter assaults are gross motor skill movements that combine several elements into one bursting move. They combine a striking attack against an adversary with a simultaneous blocking mechanism against the opponent’s ability to land blows.

For example, look at the common attacks of the roundhouse punch or the lapel grab. A traditional art may teach an intricate form of trapping the incoming punch and then flowing into a joint lock or some such thing. This works against the guy who throws the punch and just holds it motionless out there for the sensei to demo this on. It does not work against an aggressive opponent who will be in vigorous motion. Similarly, we see certain techniques to “peel” a grabbing hand off of our lapel, but this ignores what the adversary’s other hand is doing, notably, punching you in the face in any real such scenario. These traditional techniques fall short: a bursting counter strike is what works.

An all-around great counter assault is the simultaneous block of an incoming shot with one arm and inflicting a powerful palm smash to the enemy’s face with the other. This can be done not as a one-two motion, but as a seamless single motion. This means we dramatically reduce the adversary’s ability to react to it. Such a counter-assault to a roundhouse punch simultaneously blocks the incoming blow from making contact and lands a very telling blow against the opponent. Our blow simultaneously blocks the adversary’s other free hand. A slight deviation can be made to counter the mentioned lapel grab: trap the grabbing hand and simultaneously land the blow. At best it will drop the opponent if it lands hard, and at least it will shock him and perhaps tell him that there is a price to be paid for further aggressions. Ideally, such counter-assaults should be launched from the non-confrontational stance that you should already be in if dealing with an aggressor.

If you encounter a determined aggressor who is not dissuaded by your initial counter assault, or if you are assaulted by ambush and you are dealing with strikes coming in for your head, a good immediate defensive posture is to “cage up.” This is accomplished by essentially grabbing the back or your own head and using the forearms and elbows to stop the blows. This is a very effective defense mechanism. Going directly to this cage can effectively stop incoming shots and allow you to immediately close distance so that you can engage the attacker with effective blows or grappling techniques. If you need to go from your fence position to caging up you can do so very rapidly. Upon caging up you can then rush into the attacker and close distance, like a bull rush with your elbows being the horns of the bull, then launch a counter attack.

When building this cage you want to keep your forearms and hands in contact with your head. If you hold them off of your head then when you take impact from the adversary you will literally get hit by your own arms or hands. By maintaining contact we eliminate any impact coming from the movement of our own arms. To quickly acquire the cage position from your non-confrontational stance think of the motion as if you are combing your hair back on each side with both hands. Bring your hands both to the back of your head where they will meet. Now on each side of your head, you have a formidable structure created by your forearm, elbow, and upper arm, and this can withstand strong blows from an adversary.

Knowing some good counter assaults, combined with the skill of caging up, will give you the techniques to adequately resist much of what arises in the real world. Many attacks come from adversaries that try to land a crippling blow by complete surprise. The ability to counter these attacks with a simultaneous block and strike goes a long way, and the ability to protect your head from an aggressive barrage of strikes is vitally important. Learn these techniques and train them, they can keep you in the fight instead of getting knocked unconscious before launching an adequate defense.