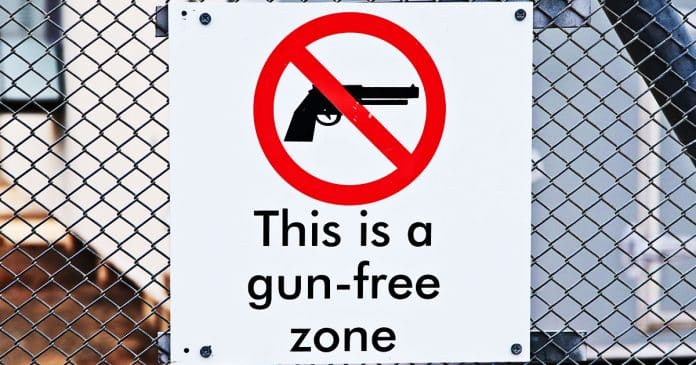 Scott Tafoya, a husband and father to two daughters was at the mall trying on suits when gunfire erupted. According to news sources, the shooting was not an active shooter and was an isolated incident. Westroads Mall is a gun-free zone that also had a mass shooting in 2007 where a 19-year-old shot and killed eight people and wounded four others. Tafoya, a licensed CCW holder, was still carrying at the mall. Initially, he only saw the commotion of shoppers running away from something until one of them told Tafoya there was a shooter.

Tafoya ran upstairs to find and protect his family as mall officials were grouping shoppers into one of the bathrooms, where Tafoya stood guard. He then told the officials that he was a licensed CCW holder and was carrying despite being in the gun-free zone.

There was no issue from the officials that Tafoya was carrying, and once police arrived, he removed the ammunition from his weapon to surrender himself as he was not charged.

Tafoya added a very important statement, as gun-free zones put people at risk. The gunfire was from an isolated incident yet still occurred inside a gun-free zone. Clearly, these zones do nothing to protect criminals from breaking the law, let alone any other mandates.

Ironically, Tafoya emphasized his issues with carrying weapons. “I do not want to be carrying a weapon ever. It’s not comfortable, I don’t like it, I wish there was not a need for it,” he said. He then says he never expected to even touch his gun but was thankful he had it.

When you carry, whether it be open or concealed, there should be a sense that your weapon has the potential to be used. Sure, these incidents occur rather unexpectedly, but it is something one should be prepared for when carrying. Tafoya means well, as he went to the aid of others, but to say weapons should not be needed only works in a perfect world.

Tafoya handled the situation rather exceptionally well. Surely the shoppers had to have felt safer knowing someone had the means to counter a deadly force.

At the end of the day, Tafoya does not have to stay and protect anyone else but his family. Still, kudos to a brave man willing to put his life on the line for others. Had Tafoya not been present with his weapon, would the shoppers have felt any sense of security? A [gun-free zone] mall only puts law-abiding citizens at risk.